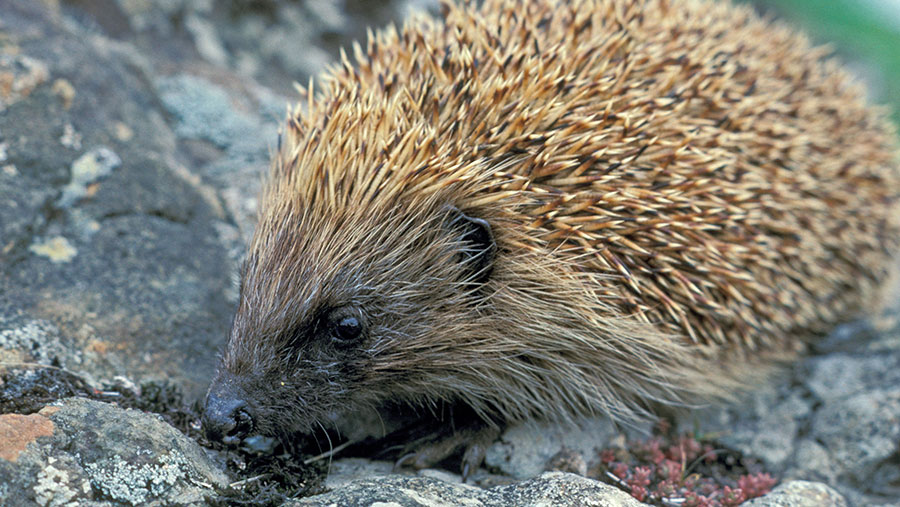 BBC rural affairs programme Countryfile has been accused of “scapegoating” farmers by blaming modern agricultural techniques for the decline in the hedgehog population.

On Sunday 1 April, the BBC programme looked into what is causing the fall hedgehog numbers as recorded in The State of Britain’s Hedgehogs report, published on 7 February by the British Hedgehog Preservation Society and People’s Trust for Endangered Species.

Presenter Tom Heap asked ecologist Hugh Warwick why the steepest declines were in the countryside, rather than towns and cities.

See also: Call for farmers to help after hedgehog population falls by half

Mr Heap added badger numbers have increased tenfold since they were protected in the 1970s and when food is scarce it’s believed badgers might eat hedgehogs.

However, he reported Mr Warwick believed intensive agriculture was “the main problem” when it comes to hedgehog numbers.

Nick Fenwick from the Farmers Union of Wales said this belief makes farmers feel like they’re being “scapegoated” and he thinks the “uncomfortable truth” about badgers is being brushed over.

He said: “We’ve had hundreds of miles of hedgerows planted and maintained, we’ve seen woodlands planted, and we’ve had the creation of habitat which is absolutely perfect for hedgehogs.”

Dr Fenwick said there remains no hard scientific evidence to support the claim farming is causing the decline in hedgehogs, but that there is when it comes to the impact of badgers.

He was referring to the 2014 study Impact of Removing Badgers on Localised Counts of Hedgehogs, which saw the number of hedgehogs more than double in areas where badgers were culled.

However, lead author of this report Iain Trewby said it was not as simple as blaming one or the other and more research into the issue was needed.

Mr Heap finished by saying big open fields have created a “landscape of fear” for hedgehogs and providing good environment for hedgehogs, like dense, messy hedgerows, is “the only tool in the box” for helping their population growth.

Both farmers and badger fans have criticised the Countryfile report and Mr Heap’s interviewing technique, calling the BBC “biased” and “disgraceful”.

Twitter user @emeliobedelio said: “I live in the rural countryside and they just ripped out the hedgehog’s habitat and built 10 houses = we don’t see any more hedgehogs.”

Another viewer commented: “Countryfile coverage of the hedgehog issue was atrocious.”

Michael McCarthy’s “Britain has lost half its wildlife. Now’s the time to shout about it” article on The Guardian website also blamed intensive farming.

He wrote: “Three generations of making agriculture more industrial have given Europe cheap food on a mammoth scale, but a terrible environmental price has eventually been paid. The heart of the matter is universal pesticide use, which has exterminated more and more insects.”

He suggested “reordering the basis of our farming” was the answer.

Responding to this article on Twitter, Welsh farmer and Farmers Weekly columnist Will Evans said he didn’t know any farmers who don’t want to see more wildlife on their farm and he was tired of farmers being portrayed as “villains”.

He added: “Convinced that the constant unbalanced attacks on British agriculture are contributing to the huge rise in mental health problems in the farming community.

“There’s one single reason why wildlife has been so negatively affected by agriculture in the UK and that’s consumer demand for cheap food. We’re all to blame, not just farmers.”