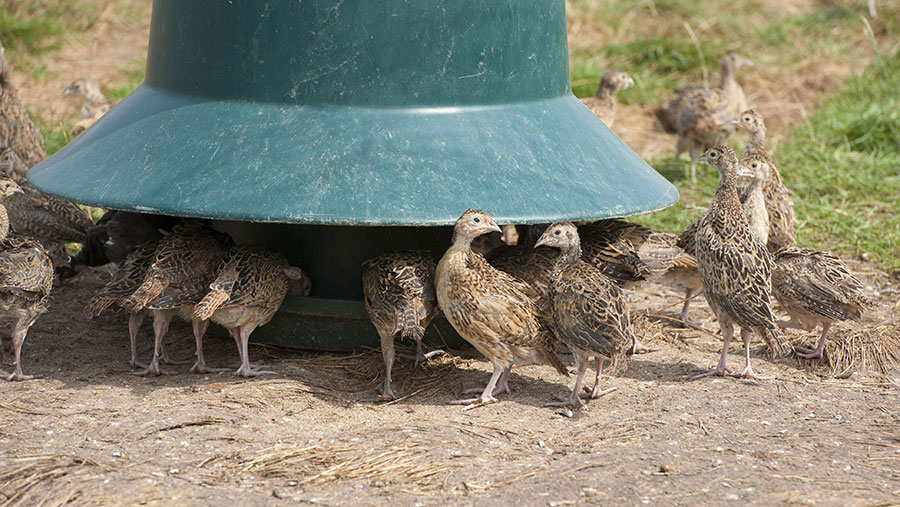 She woke to find hundreds of chicks gasping for water and starving after the raiders cut through fencing and gas pipes. Around 3,000 birds are estimated to have perished, The Times reported.

Ms McDonald wrote on Facebook: “Some lowlife scumbag so-called ‘animal lovers’ let out 20,000 of my birds, cut all the fencing, cut gas pipes, hundreds of week-old birds dead, gasping for water and starving!”

Her cousin, Andrew Farris, who manages the farm, told the Fieldsports Channel that although they had found about 80% of the birds, a repeat incident could finish their business.

The Animal Liberation Front (ALF) has claimed claimed responsibility for the raid on its website.

It said: “We hit a game farm in the South East UK breeding pheasants for the shooting industry. We’ve heard that 9,000 birds managed to escape.

“It was quite an easy job, we simply cut through the netting with scissors and knives and rolled it to avoid birds getting tangled up in it. Then we entered the pens and made them fly off.

‘Animal rights’ extremists kill animals. Never forget these people are motivated by hatred & politics. They have no interest in, or understanding of, animal welfare https://t.co/sQeJz4YhLa

The Countryside Alliance (CA) condemned the “callous” actions of the activists and urged the government to reclassify this type of behaviour as criminal extremism.

CA chairman Tim Bonner said: “The recent attacks on game farms are typical of animal rights extremists: violent, callous and staggeringly cruel towards the animals they claim to love.

“These small, but increasingly aggressive, groups are a blemish on our society and a threat to the rule of law.

“They should be treated as any other criminal extremist group, and we have explicitly asked the new home secretary [Priti Patel MP] to ensure the Commission for Countering Extremism include animal rights extremism within their work.”

In its letter to Ms Patel, the CA warned that this year there had been a “worrying spate of extremists attacking game farms and shoots”.

Prime minister Boris Johnson has acknowledged that he is committed to protecting animal welfare, but that he “will not tolerate extremism, intimidation and abuse irrespective of the motives that drive it”.

Kent Police are investigating and they have appealed for anyone with information to call 01622 604100, quoting crime reference 46/132523/19. You can also call Crimestoppers anonymously on 0800 555111 or complete the online form at Crimestoppers-UK.org