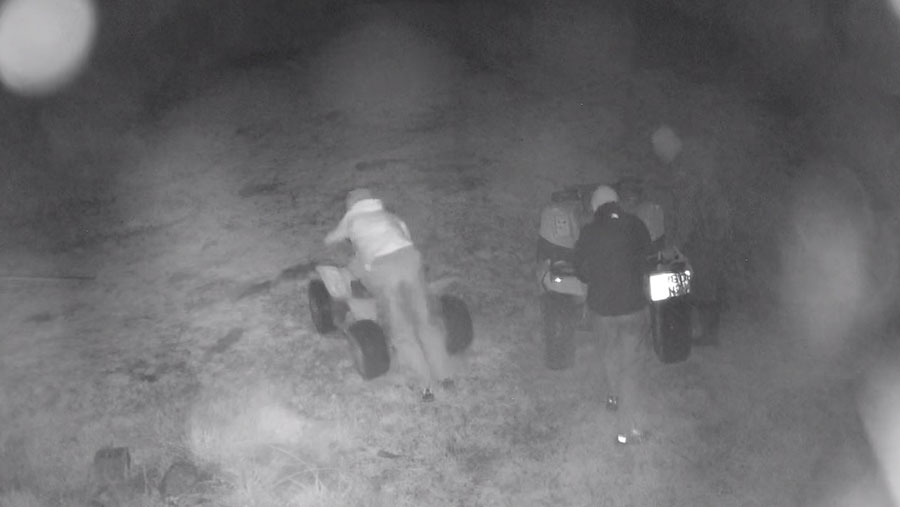 A CCTV image of the quad bikes being stolen

The footage was taken after the men took the machinery from an outbuilding on the evening of Tuesday 10 December 2019.

Police investigating the burglary, at a remote location near Aislaby, have appealed to the public for information to catch those responsible.

One of the stolen quads is a red Honda agricultural-style vehicle, registration YJ60 PNZ. The other is smaller, also a red Honda, but not road registered, and described as junior size.

All three men were wearing wellington boots and camouflage clothing. 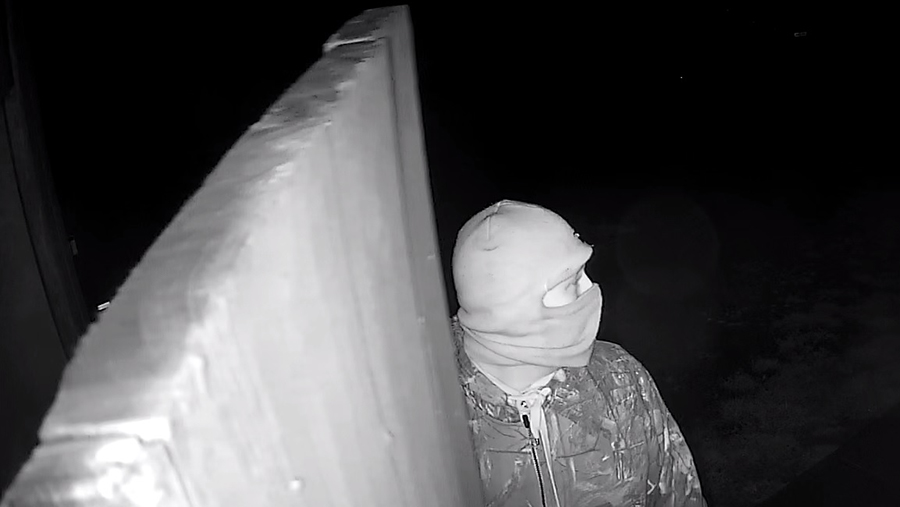 A CCTV image of one of the men

A force spokesman said: “If you know where the two stolen machines are, or have any information about those responsible, contact North Yorkshire Police on 101, quoting reference number 12190226621.

Following this incident, two similar quad bike thefts were reported in the area between 11-12 December.

A green Kawasaki KVF750 was taken from a rural property near North Rigton. And a quad bike was stolen in Otley, but recovered the same day thanks to its tracking device.

In November, two quad bikes were stolen in Denton and Low Snowdon.