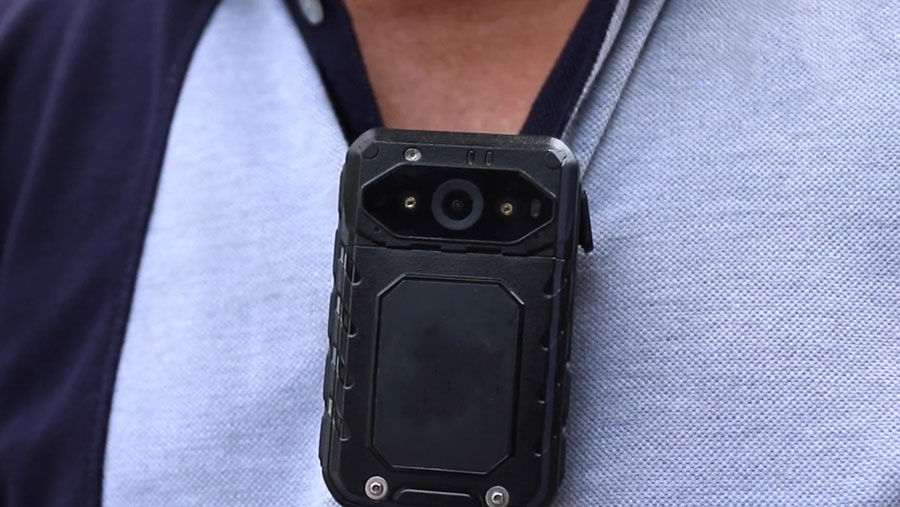 Body-worn cameras of the type used by police could be the latest defence for farmers in the fight against rural crime.

North Wales Police (NWP) says the technology can help protect farmers who are often working in remote areas, on their own.

If a farmer has to confront hare coursers or trespassers, for example, a switch turns the camera on and it starts recording and sends their exact location to a chosen contact using GPS.

The cameras, made by security company Digital Barriers, have found military use for a number of years and there is increasing interest from rural police teams.

NWP is running a Future Farms project that looks at ways technology can be used to help combat rural crime.

One farm in North Wales is using a camera, along with ground sensors that detect movement around a perimeter and send alerts and live video if a trespasser or vehicle approaches.

“Therefore, it’s vital that rural businesses employ the right security methods to protect their assets. Criminals need to know that the farm they’re targeting could be equipped with this cutting-edge technology.”

Kenny Long, from Digital Barriers, said spikes in rural crime during the coronavirus pandemic had prompted more investment in video surveillance and security.

A recent survey of nearly 2,000 farmers across England and Wales revealed the true extent of rural crime.

Nationally, farmers reported facing average losses of £4,400 as a result of rural crime, and nearly 60% of respondents said they believed crime levels were increasing.

In Wales, one in five farmers said they were a victim of rural crime in 2020. More than half of the crimes were theft (52%), almost a third (29%) involved trespass, and 16% were fly-tipping.