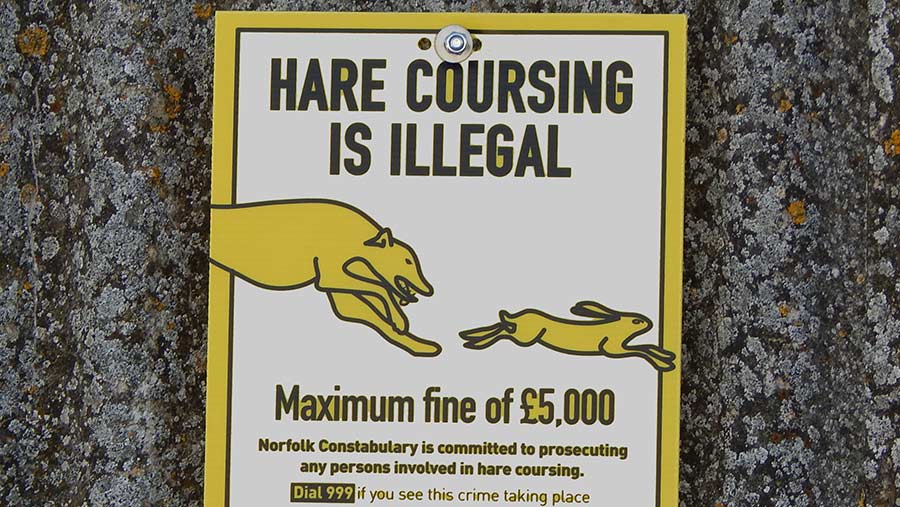 The UK government has issued an official response to an online petition calling for tougher penalties for hare coursers.

However, it would need to attract more than 100,000 signatures to trigger a parliamentary debate.

The petition states: “Hare/deer coursing/poaching is illegal. At present, the punishment is not fit for purpose.

“Repeat offenders are not deterred with the small fines handed out. Increased fines and custodial sentences are required.”

In its response, the government said it “deplores” the cruel and illegal practice and it “recognises the problems and distress which poaching and hare coursing cause for local communities”. It is one of the UK’s six wildlife crime priorities, it added.

Defra stated: “All hare coursing is illegal under the Hunting Act 2004. Participants in hare coursing may also be prosecuted under other legislation, including the Game Acts (Game Act 1831 and the Night Poaching Act 1828).”

Anyone convicted of hare coursing can receive a fine of up to £5,000 by a Magistrates’ Court.

But Defra says sentencing is “entirely a matter for our independent courts”.

The Country Land and Business Association (CLA) has been intensively lobbying for government to amend these game laws to increase the powers of the police and courts in relation to poaching offences – and the fines which go with it.

Police forces must be able to reclaim the cost of kennelling confiscated dogs if a conviction is secured, something which the CLA says is missing from the Game Act and the Hunting Act 2004.

CLA president Mark Bridgeman said: “If tougher penalties are introduced, and the momentum continues to build from Defra and Home Office, there is hope that we can combat hare coursing in the future.”

Have you been a victim of hare coursing? Have your say by completing a survey  hosted by Yorkshire Agricultural Society.