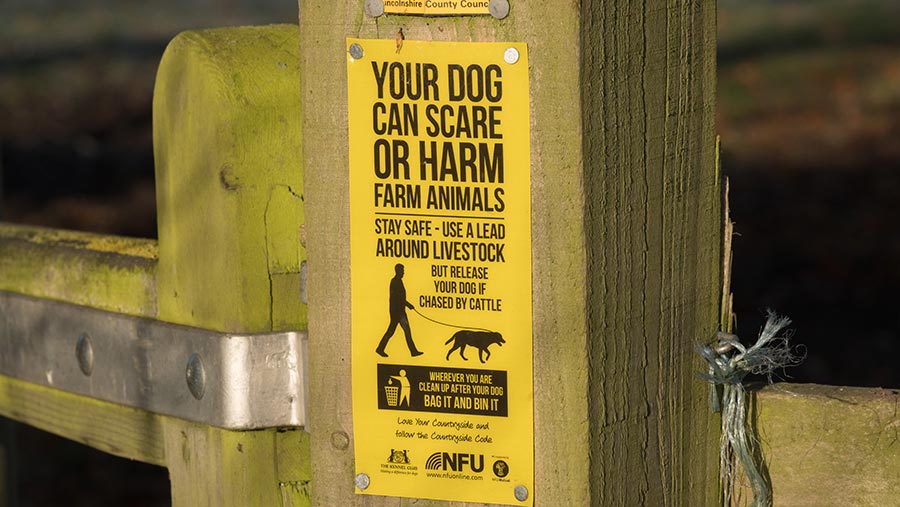 More than two-thirds of UK sheep farmers have experienced an increase in attacks on their flocks by dogs in the past year, according to a new survey.

The National Sheep Association (NSA) said the findings from its survey of 616 sheep farmers added further weight to evidence that an increase in dog ownership during the coronavirus lockdown may be driving the rise in attacks.

NSA chief executive Phil Stocker noted that walking in the countryside was one of the few outdoor pursuits stay-at-home families have been able to enjoy during the pandemic.

Despite the ongoing problem of sheep worrying receiving more coverage in the media, Mr Stocker said there was still much work to do to educate the dog-owning public about the need to keep their pets under control – and preferably on a lead – in the countryside, especially near livestock.

“The NSA is committed to ensuring the general public develops a better understanding of the stress and suffering that any dog, no matter its breed, can cause to sheep by barking, chasing and attacking them,” he added. “It is a serious animal welfare issue that puts both sheep and much-loved pets at risk.”

On Friday (30 April), the NSA launched #LeadOn, a two-week campaign that aims to encourage dog owners to be responsible and act as an example to others by keeping their pets on leads in the presence of livestock.

Sheep farmers across the UK will be posting their own experiences on Facebook and Twitter about the devastating effect a dog attack on their flocks can have for all parties.

On average, each respondent experienced seven cases of sheep worrying during the past year, resulting in five sheep injured and two sheep killed per attack.

Estimated financial losses of up to £50,000 were recorded because of incidents of sheep worrying, with an average across all respondents of £1,570. However, most respondents received no or very little compensation.

As well as the financial cost and threat to animal welfare, the issue is also having a serious effect on sheep farmers’ mental wellbeing.

Farmers completing the survey reported feelings of anxiety, anger, upset, stress and frustration as a result of sheep worrying, with more than half recognising that this was having a “moderate to severe” effect on their mental health.

Four out of five respondents agreed that an urgent review of legislation surrounding the issue is necessary; four out of five agreed the UK government should mirror the recent change in Scotland, which has introduced fines of up to £40,000 and/or 12 months’ imprisonment for serious incidents of sheep worrying.

In February, rural insurer NFU Mutual said the cost of dog attacks on livestock in the UK rose by more than 10% to an estimated £1.3m in 2020.