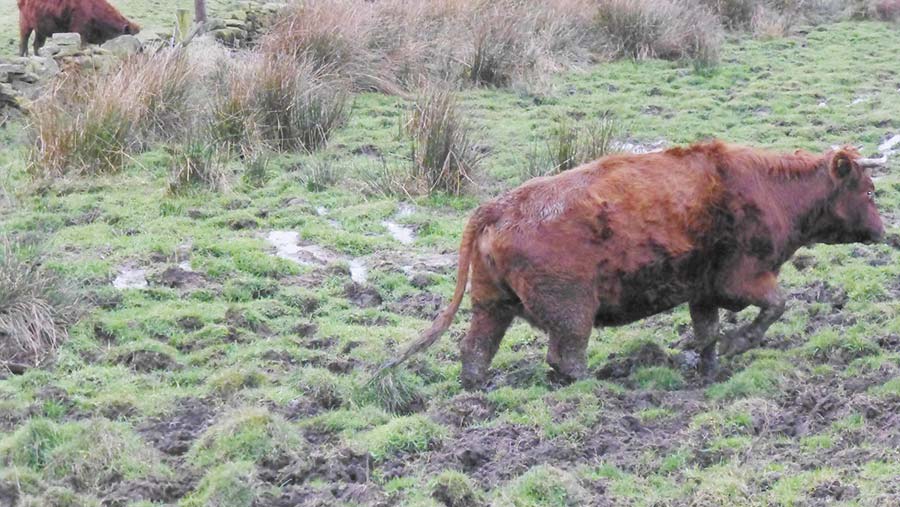 A West Yorkshire farmer has been banned from keeping livestock for seven years and ordered to pay costs of more than £36,000 after keeping animals without food and water and endangering the food chain.

An investigation brought by Calderdale Council’s animal welfare officer and the Animal and Plant Health Agency (APHA) found in December 2017 and January 2018 that Ms Pickles breached animal welfare legislation and failed to prevent the spread of disease.

The cattle were left without food or water, and had access to animal carcasses, broken wood and sharp objects.

Further investigations revealed that Ms Pickles had kept cattle on her premises that had not been identified, which is a crucial part of controlling and eradicating diseases such as bovine TB (bTB) and bovine viral diarrhoea.

Proper identification also protects people by ensuring products that go into the human food chain are safe and fully traceable.

During a herd test for bTB in 2017, Ms Pickles told Defra that her cows had died and were no longer on the premises. The cattle were later found living on the farm.

The council said Ms Pickles had received advice on animal health and welfare, plus notices to improve her treatment of the cows, but these were ignored.

“If anyone is found to be breaking the rules, we won’t hesitate to take enforcement action to help keep Calderdale safe.

“The outcome of this case highlights the seriousness of the lack of care shown by Ms Pickles towards her animals.”

In addition to the livestock ban, Ms Pickles was sentenced to 250 hours of unpaid work. The order to pay more than £36,000 to Calderdale Council covers costs relating to the case.