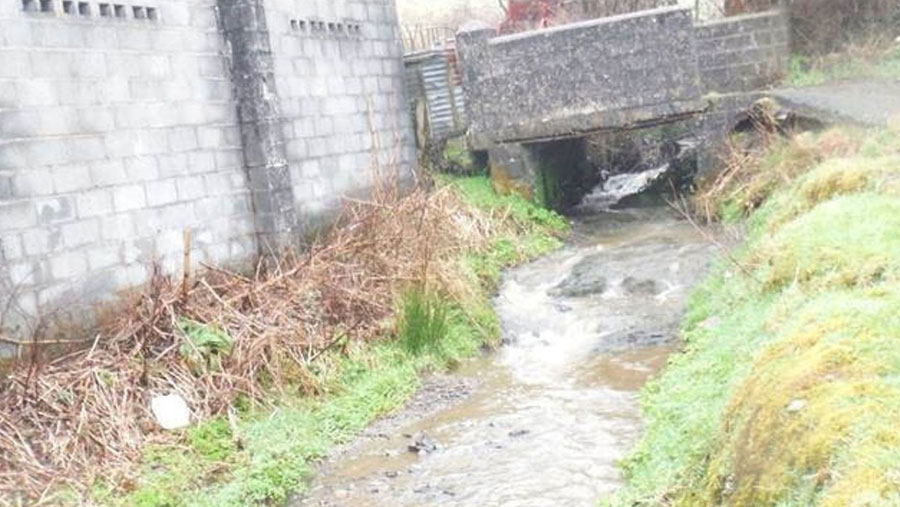 A Carmarthenshire farmer has been ordered to pay more than £5,000 after polluting a river on four separate occasions in just over 10 months.

The first incident took place on 8 February 2018, when slurry spreading in bad weather caused run-off from waterlogged fields to pollute the Nant Crychiau.

Just two months later, on 19 April 2018, an infrastructure failure at the farm saw milk pour into the tributary. Two further incidents on 10 July 2018 and 21 December 2018 also let farm effluent into the watercourse.

The stream was discoloured from the slurry run-off and left grey and smelly after the milk incident. There was extensive growth of sewage fungus on the bed of the stream for hundreds of metres, the court was told.

Cautions ‘did not work’

Speaking after the hearing, environment team leader for Natural Resources Wales (NRW) Ioan Williams, said: “The farm had received several enforcement actions in the past, including warning letters and a formal caution, which unfortunately did not have the desired effect.

“We were left with no alternative but to take enforcement action through the courts.”

Mr Williams urged any farmers who knew they had caused pollution to report it to NRW immediately by calling 0300 065 3000.