A Cornish company must pay £17,000 compensation to a farmer after asbestos-contaminated waste was delivered to his land.

Glebe Quarry, which trades as 1st Call Skips, has also been ordered to pay £26,500 in fines and costs for the illegal handling and disposal of hazardous waste.

The case was brought by the Environment Agency (EA) after three sites in Cornwall were sent waste containing asbestos, causing costly clean ups. 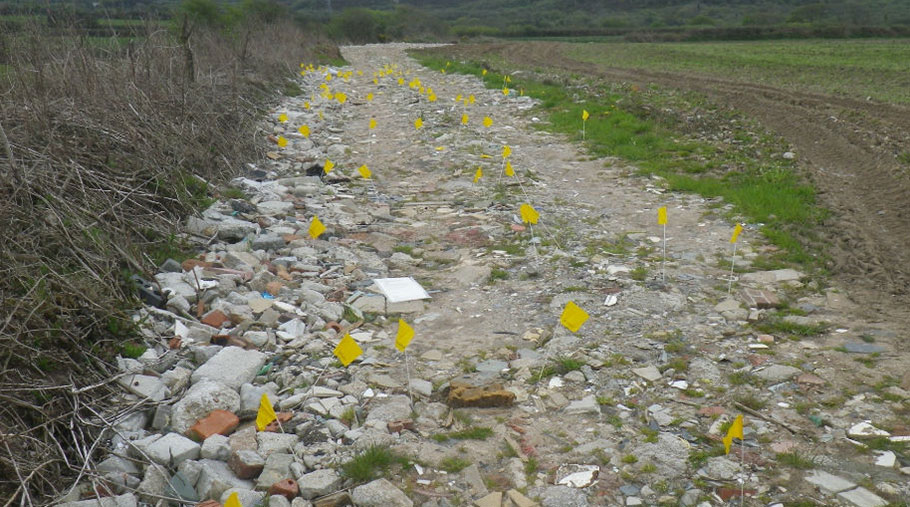 The three sites included the company’s own waste transfer station at Glebe Quarry near Roche, St Austell, a farm, and a site operated by china clay company Imerys Minerals.

The EA had previously advised the company to improve Glebe Quarry after the drainage and concreting at the site was checked and found to be “inadequate”.

No action was taken so an enforcement notice was issued, requesting improvements works be carried out.

Glebe Quarry appealed but it was dismissed by the Planning Inspectorate.

The agency then discovered the company had unlawfully dumped more than 2,400t of waste, some of which was contaminated by asbestos, on land not authorised by their site permit.

Glebe Quarry also supplied waste to local farms for the construction of farm tracks, and other “low-risk activities”. The waste supplied to one farm was heavily contaminated with asbestos and cost nearly £120,000 to clean up.

The court also ordered that the company must remedy the sites it has polluted.

Matthew Lee of the EA said: “This case sends a clear message to those who put profit ahead of the environment and human health.

“As a minimum, we expect waste companies who hold environmental permits to act legally and should set an example to others, but the behaviour in this case has fallen far short of exemplary.”

If you see waste crime taking place, report it by calling the incident hotline on 0800 80 70 60 or anonymously to Crimestoppers.