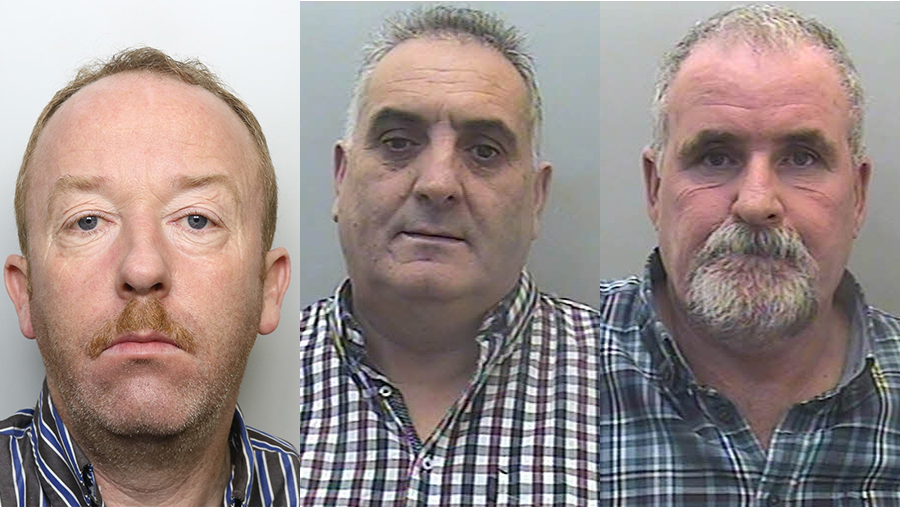 The two ringleaders in a scam which netted over £1m from unsuspecting farmers in Wales and the South West have been given hefty jail sentences, following a hearing in Exeter Crown Court.

The gang of Irish confidence tricksters targeted farmers, telling them the cash was to be used to free impounded lorry loads of machinery, or cigarettes, or to fund a complicated international money smuggling operation.

They persuaded their victims to part with huge sums of money from their farm accounts, with the promise of rich returns further down the line.

See also: Conmen face jail after scamming farmers out of £500,000

Conmen John Maughan and Dennis McGinley led the scheme, but were joined by two brothers, Jimmy and Luke Connors, who had run a genuine farm machinery business and who identified the victims.

The deception always started by one of the Connors brothers selling small amounts of tools and offering more farm machinery at cut prices. They then claimed that a container load had been stopped by customs and they needed cash to free it.

Maughan and McGinley then took over the handling of the victims, who were told ever more elaborate lies about extremely valuable illegal cargoes of cigarettes and secret bank accounts in Dubai and Turkey.

They made hundreds of calls explaining why they needed more cash, and the two men flew frequently from their homes in Northern Ireland to pick it up amounts of up to £200,000 a time at laybys near the M5 or other main roads.

They told the farmer from Whimple, who was the main loser, that they would double his money.

McGinley and Maughan were arrested at Bristol Airport in January as they returned to Ireland. Police were alerted by the Devon victim, whose sister became alarmed at the massive cash withdrawals and realised he was being scammed.

Maughan, 56, of Killyview, Enniskillen, Fermanagh and McGinley, 57, of Sligo Rd, Enniskillen, both admitted two counts of conspiracy to defraud. They were jailed for five years three months, and five years seven months respectively.

Luke Connors, 39, of County Wexford, admitted four counts of conspiracy to defraud and was sentenced to three years in prison.

His brother Jimmy, 44, of Llandyssul, West Wales, was jailed for 20 months at an earlier hearing at Exeter Crown Court, having admitted two counts of conspiracy to defraud.

Judge Peter Johnson, who also set a timetable for the seizure of their assets, described the crimes as “shabby and mean”.

“This has had a devastating effect on the victims. Their life savings have gone and the fruits of a lifetime of work in the money you have taken from them,” he said.