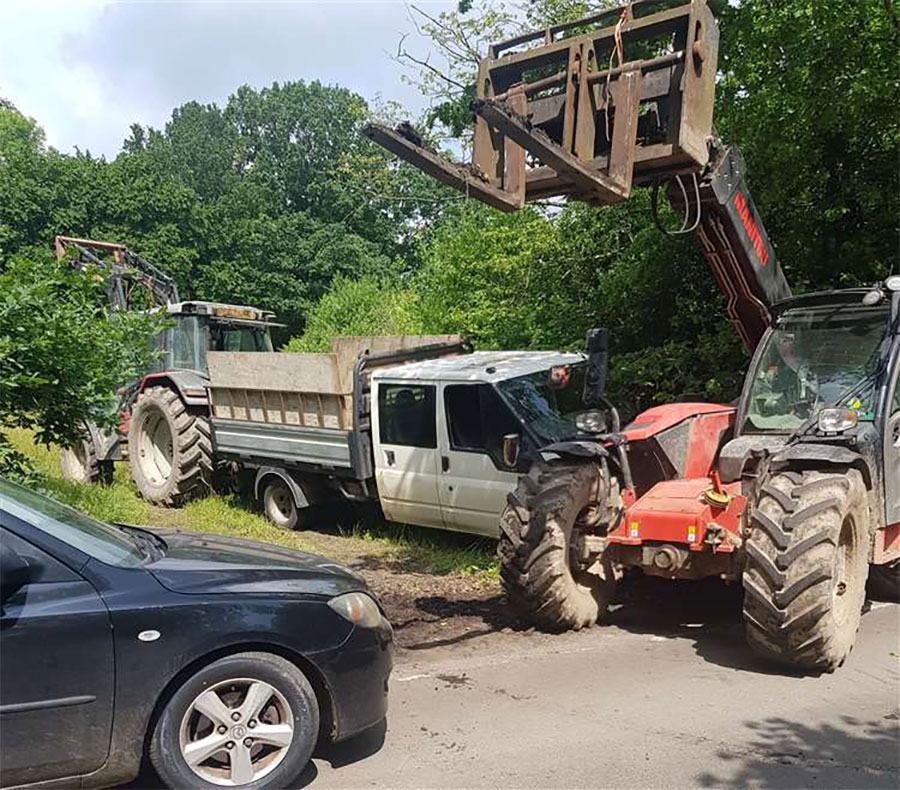 A quick-thinking farmer caught two fly-tippers in the act after he lay in wait and then called his sons, who used a tractor and telehandler to block the van from leaving.

Mixed farmer Steve Jones has been plagued by fly-tipping on his land between Harvel and Vigo in Kent for as long as he can remember.

But thanks to the 65-year-old’s efforts, the latest people to dump waste illegally have seen their van seized by police.

Fly-tippers repeatedly target an area of land Mr Jones has left for ground-nesting birds. The gate is chained up and padlocked, but the chain was cut and hooked up to appear as if it had not been tampered with.

The fly-tipping has become so regular that Mr Jones was able to establish the time of day when it was happening. “I could work out roughly when they were coming, so I parked up, hid, and waited for them. I then parked across the gateway once they had driven in to tip,” Mr Jones told Farmers Weekly.

He used a cheap car, assuming the fly-tippers would try to force their way past him, which they threatened to do. “I was polite and told them they shouldn’t be doing that and asked them to pick it back up and leave.

“One of them started to remonstrate, but his mate just walked off. The driver then tried to push through between the front of the car and the gatepost. He was then on the phone to friends to come and try get rid of me.”

By this time, Mr Jones had alerted his sons Trevor and Jos via walkie-talkie. Their arrival gave the tippers’ van no chance of escape.

“One came in each direction, one with the telehandler and one with the tractor, and then we just blocked him in completely. That’s when he ran off. We tried to follow him, but he disappeared,” the farmer said.

Mr Jones praised the police and his local council for their response to the incident.

Kent Police said officers were called on Friday 2 July to a report of a dispute in Harvel Road, Vigo.

A force spokesman said: “The dispute involved a landowner and two men who are alleged to have fly-tipped on the land. During the dispute, one of the alleged fly-tippers attempted to harm the landowner before they left the scene on foot.

“Officers attended and seized a vehicle, which had been driven to the scene by the man who made the threats. Enquiries into the threatening behaviour are ongoing.”