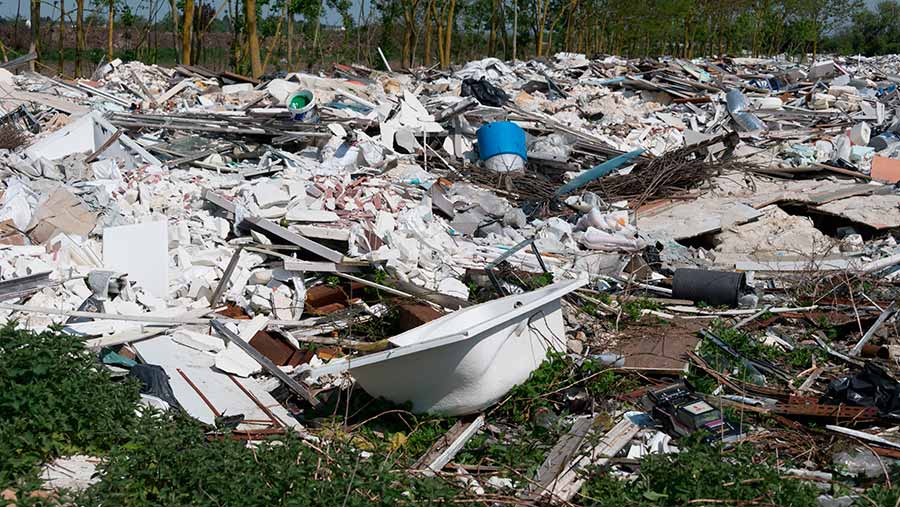 A 20t lorry used by fly-tippers to illegally dump waste across the West Midlands has been seized and crushed by police and the Environment Agency.

The vehicle was detained by officers last year and finally crushed on Friday (18 May) after months of surveillance and intelligence gathering.

See also: Revealed: The burden of fly-tipping on farms

The DVLA issued a prohibition notice and immediately removed the lorry off the road after the vehicle was found to be using trade plates illegally and deemed unsafe to drive.

Secured areas were broken into and locks replaced by the offenders. The tipper truck driver and passenger were questioned by the police and remain a line of enquiry.

Environment Agency officers working on the case have reported a reduction in illegal waste activity in the area since the lorry was seized.

She added: “Today’s vehicle crushing highlights the lengths we will go to make criminals pay for their unlawful deeds.”

New powers – including the authority to lock up sites and force rogue operators out of business – means the agency is in a better position to combat waste crime.

In the financial year 2016-17, the agency brought 138 prosecutions against businesses or individuals for waste crime offences, yielding more than £2m in fines.

As the fight against waste crime ramps up, the Environment Agency has recently introduced body-worn cameras for waste enforcement officers.

It follows an increase in abusive incidents during site inspections.