A Somerset farmer is demanding tougher penalties for people who commit waste crimes in the countryside after 150 tyres were dumped on his farm.

James Winslade, whose farm was devastated in the winter floods on the Somerset Levels in 2013-14, said the police and authorities were not doing enough to tackle fly-tipping in his area.

Mr Winslade said there had been no prosecutions for fly-tipping on farms in Somerset over the past three years – and criminals were getting away with serious dumping offences. 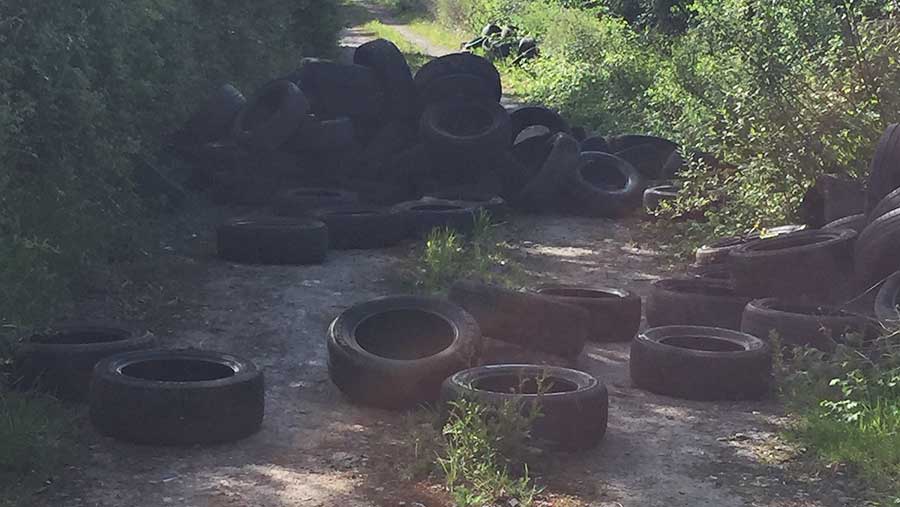 “This is the second time we have had a load of tyres dumped on our farm in recent months,” he told Farmers Weekly.

“There have been no convictions for fly-tipping on farms in three years and no fines.

“No one is getting caught and being dealt with.

“The police are stretched and council says it’s my responsibility if the rubbish is dumped on my land.

“Not only do I have to spend valuable time getting rid of the tyres. I will have to spend money on the farm to install gates and CCTV cameras to hopefully catch offenders.”

They dumped 150 part worn tyres and a pile of tree clippings. The offenders also cut a lock from a gate, drove over a 7ha field of emerging spring barley and siphoned 200 litres of diesel from a drainage pump, worth £160. 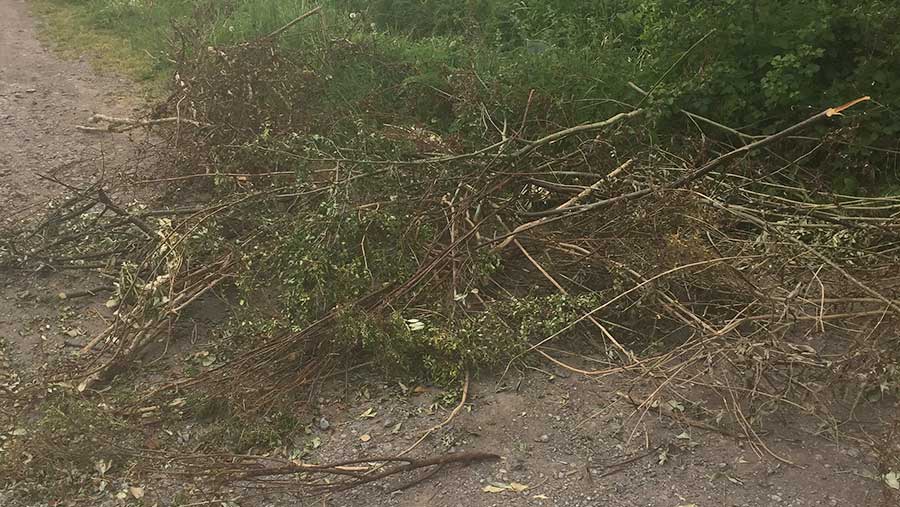 “It’s just a real pain in the backside,” said Mr Winslade. “Farming isn’t exactly buoyant and we are still rebuilding after the floods.

“It’s sad that people think they can just come out and dump crap in what is effectively my garden.

“I hate the lack of respect for farmers in this country. You work hard and people are just taking the p*** all the time.”

Mr Winslade reported the latest incident to Somerset police “to help them build up a picture of rural crime”.

He has little hope that they will find the culprits. “The trouble is, the police are so stretched. They are powerless to stop fly-tippers.”

Two months ago, fly-tippers dumped 200 racing slick tyres in a ditch on his farm. The tyres still need to be removed.

Mr Winslade said he fully supported Farmers Weekly’s Stop the Blot campaign, which aims to rid the countryside of fly-tipping.

“Fly-tipping is now a regular occurrence on my farm. So much so, I’m blasé about it. More must be done to tackle waste crime in the countryside, with stiffer penalties for offenders.”