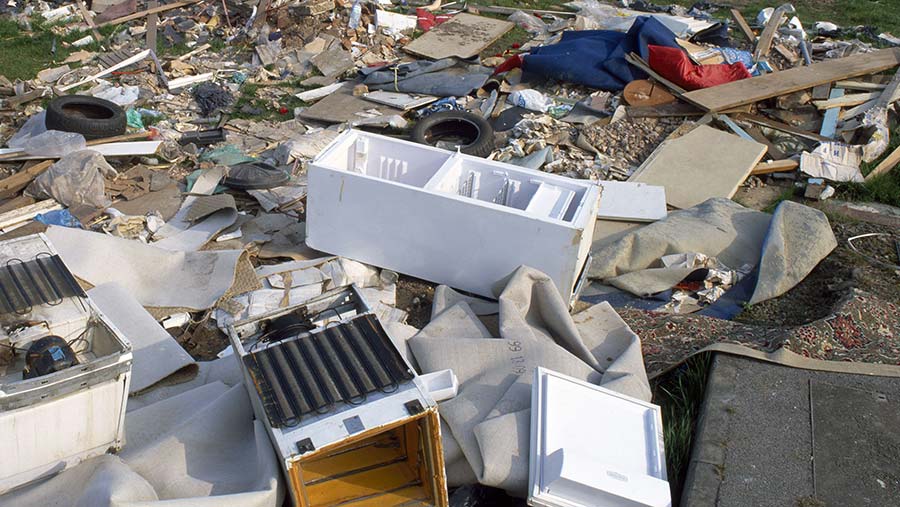 The Environment Agency (EA) and police have carried out five dawn raids as part of a combined clampdown on fly-tipping.

The enforcement action took place at five separate addresses in Staffordshire, Herefordshire and Hertfordshire on Thursday (20 April) following an investigation into the illegal dumping of more than 20,000t of waste at 17 sites across the Midlands, North West and North East.

More than 25 EA investigators, supported by more than 20 officers from Staffordshire, West Mercia, Warwickshire and Hertfordshire police forces were in action at suspects’ homes and business addresses seeking evidence as part of Operation Cesium.

Two people were arrested pending further enquiries, and a third person will also be helping Environment Agency officers with their enquiries.

“In this case we have 17 landowners and communities blighted by significant amounts of dumped waste. We’ve already seen some of these sites catch fire, causing significant problems for communities, the environment and our emergency services partners that have to tackle them.

“Illegal waste activity of the likes we’re investigating here diverts £1bn from legitimate businesses and the Treasury. We will do everything we can to bring those responsible to account.”

The investigation has been ongoing since last summer and enquiries will continue to examine the evidence seized in the raids – including files and computers – to determine the full extent of the suspected offences.

Over recent weeks, Farmers Weekly has reported on numerous cases of farmers being hit by industrial-scale fly-tipping in the regions covered by the raids.

For example, Staffordshire farmer Graham Walker was left stunned after 39t of shredded plastic waste was dumped at Lower Manor Farm in Draycott in early February. The rubbish appeared to have already been put through a waste treatment facility, and the clean-up operation cost him about £6,000.

More recently, the Enville Estate in Staffordshire was targeted when balaclava-clad raiders used bolt cutters to break a padlocked chain leading into woodland and dumped 200t of waste, leaving the landowner with £20,000 clean-up costs.

The EA described Operation Cesium as “a live and complex investigation”. Anyone with further information should contact Crimestoppers on 0800 555 111.