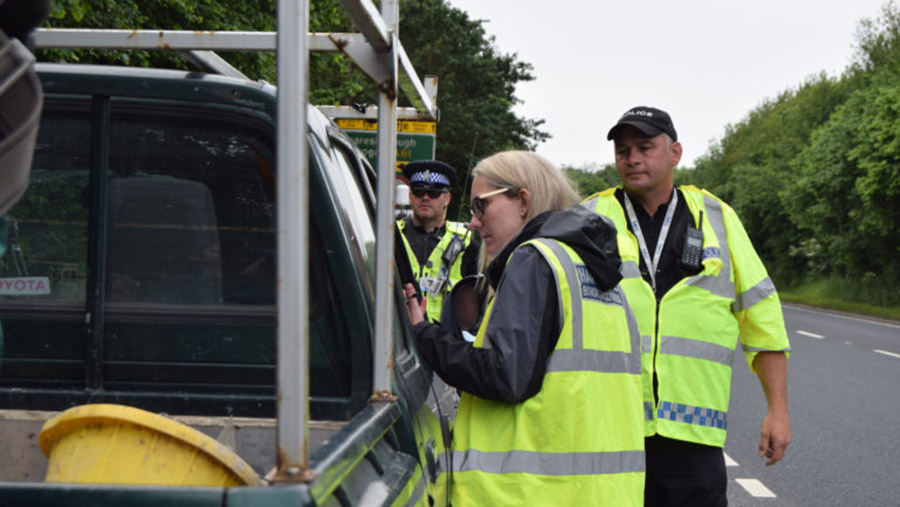 Police have seized a number of suspect vehicles as part of a multi-agency clampdown against fly-tipping in rural parts of North Yorkshire.

Specialist police officers from North Yorkshire Police’s Roads Policing Group and Rural Taskforce were involved as part of Operation Eyeball – an initiative across North Yorkshire and the city of York to tackle fly-tipping, particularly in rural areas.

In total, 170 vehicles were stopped for checks – 99 in Ripon and 71 in Skipton – and 11 were issued with prohibition notices, four were seized and seven traffic offence reports were compiled.

The operation targeted the A59 at Broughton, near Skipton, on 3 June, and the A61 Ripon bypass on 4 June.

Sgt Stuart Grainger, of North Yorkshire Police’s Rural Taskforce, said: “These high-visibility deployments send a clear message that it’s unacceptable to use defective vehicles on our roads, and anyone trying to fly-tip waste in our rural areas will quickly be identified.

“Operation Eyeball also means sharing expertise and evidence with our partners, allowing us to tackle offenders and, ultimately, bring them to justice.”

Gemma Demaline, area environmental health officer at Harrogate Borough Council, said: “Fly-tipped rubbish is unpleasant to see, especially in our district’s beautiful rural areas; it can cause pollution and cost landowners, local authorities and the environment.

“It’s everyone’s responsibility to make sure fly-tipping doesn’t happen in our area and we’d like to remind people who use the services of commercial waste removal companies to check they have the correct licences, because they could also be liable if their waste ends up fly-tipped.”

Police said farmers are the “eyes and ears” of the countryside and officers urged anyone who finds or witnesses a fly-tipping incident to call 101.