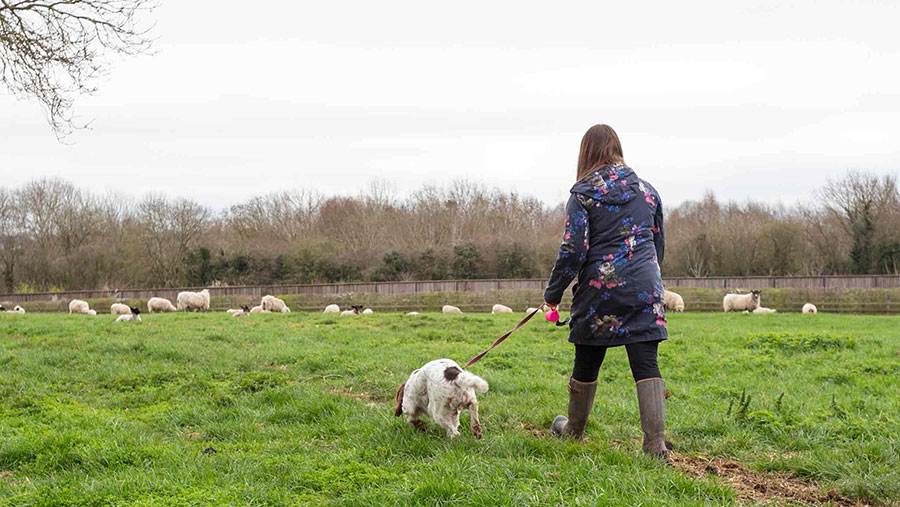 A revamped government TV advert has been launched in Ireland to warn dog owners of the dangers of sheep worrying, as attacks continue to be reported during this lambing season.

The iconic ad, which was first launched in 1984, features a cartoon about “Bonzo the dog”, who is let out from his home by his owners and runs amok in the countryside before attacking a flock of sheep.

Relaunching the video, Irish agriculture minister Charlie McConalogue said sheep worrying remains as big an issue now as ever. Reports in Ireland suggest that nearly 4,000 sheep are killed or seriously injured in Ireland each year.

In the UK, Sheep Watch UK has estimated in recent years that about 15,000 sheep and unborn lambs are killed each year, with many more injured. Rural insurer NFU Mutual said the cost of livestock worrying attack rose by 10% in 2020 to £1.3m.

Sheep worrying can occur at any time of the year, but it is hugely problematic when it happens during the lambing season. Flocks are very vulnerable to dog attacks at this critical time, and especially during the night.

Mr McConalogue said: “Dog owners must remember that even the most gentle family pet can kill or maim sheep and lambs if allowed to roam. Never let your dog out unsupervised, especially at night.”

Speaking during a Farmers’ Union of Wales (FUW) webinar on sheep worrying last month, PC Dave Allen of the North Wales Police Rural Crime Team said about 89% of livestock attacks are committed by loose dogs that have escaped from houses or weak garden borders/through fences.

The Irish Farmers Association (IFA) said the rebroadcasting of the video was a welcome first step, but the ministry must provide funding to drive awareness of the advert.

IFA sheep chairman Sean Dennehy said: “The IFA has been campaigning to #BringBackBonzo since 2019. The new advert is excellent, but it’s disappointing that there’s no reference to a budget to ensure that the public will see the advert.

“It’s the equivalent of giving someone a brand-new car, with an empty tank of petrol, which is pointless.”