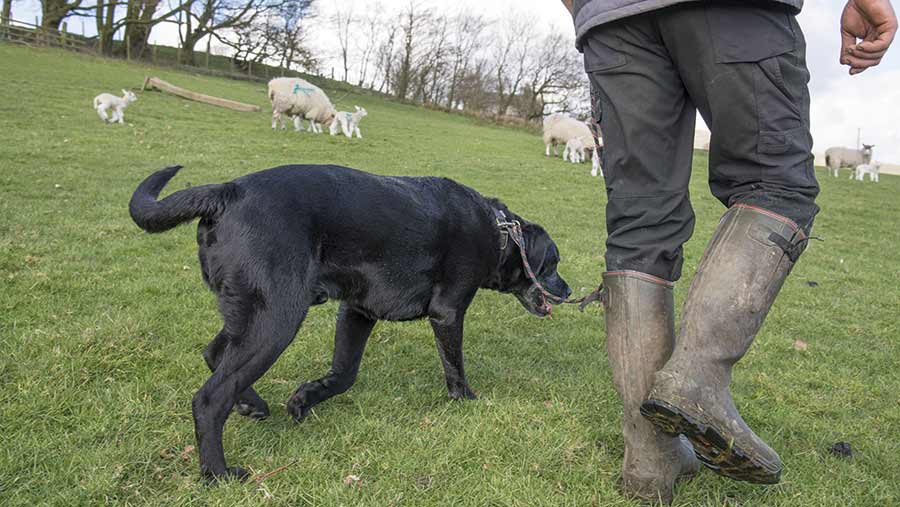 Tougher penalties for irresponsible pet owners who allow their out-of-control dogs to attack livestock are on target to be introduced in England and Wales later this year, say rural police.

Officers from the North Wales Police (NWP) Rural Crime Team say the provisions outlined in the Dogs (Protection of Livestock) Act 1953 are outdated and no longer fit for purpose.

The Farmers’ Union of Wales (FUW) recently hosted a livestock worrying webinar to address the continuing problem with worrying incidents across Wales.

Rob Taylor and PC Dave Allen, from the NWP Rural Crime Team, says they have been lobbying both the Welsh government and Defra to strengthen the laws around livestock attacks and that there is a lot of ministerial support for the issue.

In Scotland, MSPs are lobbying the Scottish Government to increase maximum penalties for livestock worrying to 12 months in prison and a fine of £40,000.

FUW deputy president Ian Rickman said industry initiatives, such as the union’s “Your dog, your responsibility” campaign had had some impact in getting the message across to the public to respect the countryside, pick up after dogs, keep dogs on a lead near livestock, and ensure dogs don’t escape from home.

But farmers still had many questions about how they could protect themselves and livestock from such incidents.

PC Allen says that alhough farmers are legally entitled to shoot dogs worrying livestock under the Animal Act 1971, they must be able to show it was “reasonably necessary to protect their livestock” and report that they have shot the dog to police within 48 hours.

As the busiest month of lambing begins, PC Allen said it was vitally important for owners to act responsibly in the countryside and keep dogs on a lead at all times.

He also said homeowners must take more responsibility to secure the borders of their properties after revealing that an estimated 89% of livestock attacks are committed by escaped dogs.

Welsh farmers continue to report serious livestock attacks. On 17 January, 50 sheep died when they were cornered in a field in north Monmouthshire. In Anglesey on Monday (22 February) 10 sheep had their faces ripped off in a brutal dog attack.

Disgraceful livestock attack yesterday at Bodedern, Anglesey where 10 sheep have been brutally killed by unknown dog(s)

Appeal video is available on our Twitter page (@NWPruralcrime)

Any information then pls let us know
We need your help. Contact us via the NWP website or 101 pic.twitter.com/ysOhz9dwkc

Mr Taylor said 10 farms in Dyfed-Powys and eight in North Wales had been fitted with wildlife cameras to try to capture evidence of livestock attacks, thefts and other rural crime.

Footage from the cameras will soon be broadcast live online, allowing people to see the protection they are providing.

A Defra spokesperson said: “The government takes the issue of livestock worrying very seriously, recognising the distress this can cause farmers and animals – as well as the financial implications.

“We are currently engaging closely with key stakeholders, including the National Sheep Association, to improve our understanding of the scale of the issue and the views of both livestock keepers and dog owners.”

Farmers Weekly has contacted the Welsh government for comment.

How to report livestock worrying

If a livestock attack is ongoing, farmers are advised to call 999.

However, if a farmer turns up at a field and discovers an attack has already taken place, the advice is to contact your local police force’s online web chat – if you can get a mobile phone signal – or call the non-emergency number 101.

Police believe there is still widespread under-reporting of livestock attacks and they have stressed the need to report all incidents to help them build evidence. 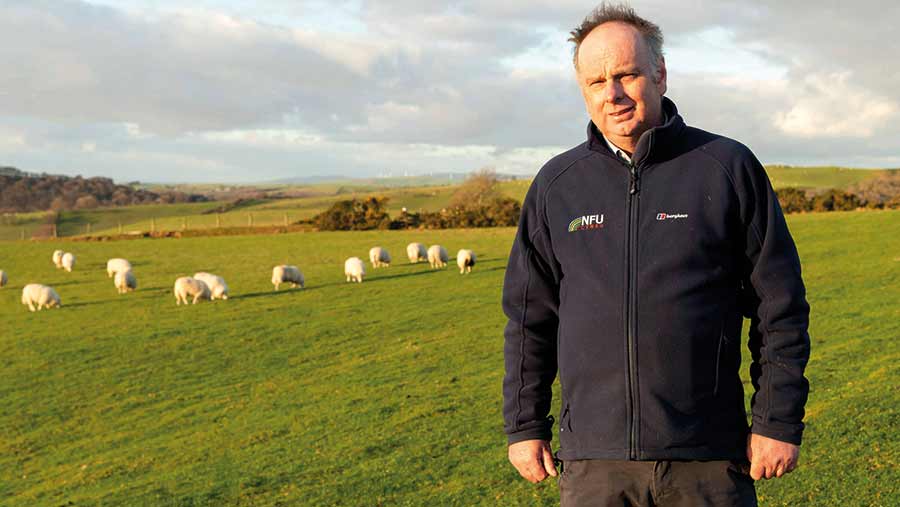 “It hit us for six. It’s still with us every day,” said Mr Evans, who is also NFU Cymru’s livestock board chairman. “It’s something that pulls your soul to pieces. I never, ever want to see something like this happen on my farm, or anyone else’s, again.”

Rural officers from Dyfed-Powys Police did not visit the farm until four days after the attack, which the farmer said was “not good enough”. But when they did come out, he said he could not fault the two officers.

Mr Evans suspects the two dogs responsible for the attack became separated from their owner in nearby woodland. The investigation is ongoing.

Following the attack, he delayed scanning his ewes for pregnancy for two weeks, but the sheep have scanned “reasonably well”. The five injured ewes have recovered and are now back in the main flock.

Mr Evans thanked his local community for its support, but said changes to the law were needed to protect flocks.