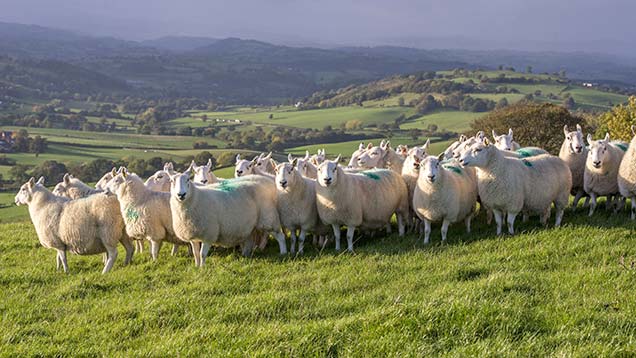 Livestock theft in Wales has soared by 18% in a single year and a crackdown on rural crime in England is being blamed.

Criminals are believed to be targeting Welsh farms because a series of rural crime initiatives in parts of England is forcing them to look for softer options.

This blitz has been so successful that, according to figures from NFU Mutual, livestock thefts in England have fallen by 3%. But this could be at a cost to Welsh farmers.

Sheep farmer Alan Price is among the victims.

He was targeted by sheep rustlers in January when 50 of his Welsh mountain ewes were stolen from rented land near his farm at Llangadog, Carmarthenshire.

There was even evidence that the sheep handling facilities in the field were used to round up the flock.

The theft had immediate financial consequences for Mr Price’s business – but crimes like this also have a longer-term impact.

Glyn Roberts, deputy president of the Farmers’ Union of Wales, said generations of breeding are snatched away.

“Breeding is long term and it can take farmers a lifetime to get the flock to where they want it to be. It will take years for a flock to recover from that,’’ Mr Roberts said.

He feared Wales had become a target for rustlers because it has large numbers of sheep grazing remote mountainsides.

Farmers are often not aware of losses until they round up their flocks. “It is only when they gather the sheep for jobs like shearing or dipping that they realise they have some missing. By then it is often too late,’’ he said.

Many of the stolen sheep could be destined for illegal slaughterhouses, he said.

Farmers are urged to be vigilant by taking note of suspicious activity and report it to their local community support officer.

Mr Price said there were benefits in all farmers signing up for the Farm Watch scheme.

He stressed that they should also enroll in the OWL system, through which reports of suspicious vehicles or persons can be forwarded to other members of Farm Watch.