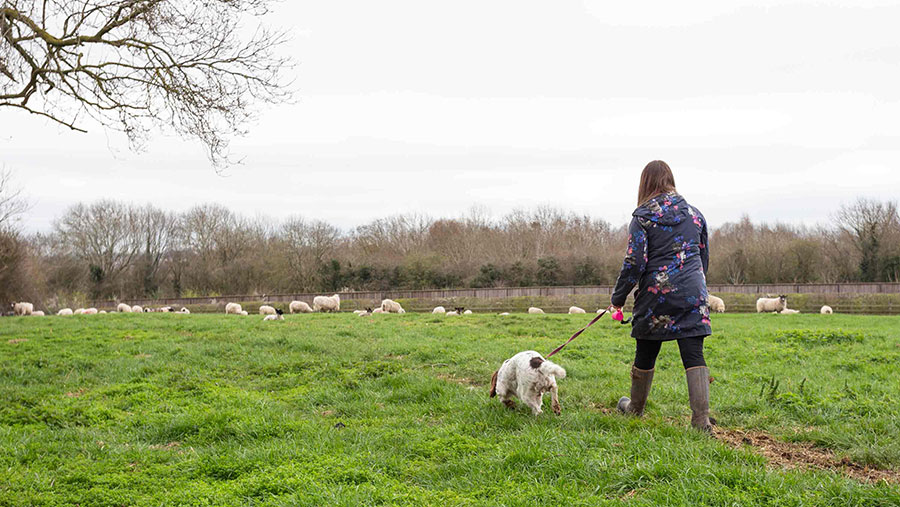 Police have been given new powers to tackle dog attacks on livestock in England and Wales, which have increased during the coronavirus pandemic.

Farmers have reported a rising number of attacks on sheep and other stock as dog ownership has increased since the start of the pandemic last spring.

Farming organisations, including the National Farmers Union (NFU) and National Sheep Association (NSA), have spent years campaigning for tougher penalties for irresponsible dog owners who allow their pets to roam free in the countryside and attack livestock – and the government has finally decided to act.

The attacks have devastating consequences for livestock keepers, causing personal distress as well as significant financial costs through vets’ bills and lost time.

Improved powers will enable the police to respond to livestock worrying incidents more effectively – making it easier for them to collect evidence and, in the most serious cases, seize and detain dogs to reduce the risk of further incidents.

The NFU welcomed the new powers, which are being introduced in the Animal Welfare (Kept Animals) Bill.

But the union urged the government to go further and increases maximum fines for the most serious livestock worrying incidents in line with Scotland, where dog owners can be fined up to £40,000, whereas in England it is £1,000.

“We would also like to see a clear rule that dogs should always be on a lead around livestock,” said NFU deputy president Stuart Roberts. “We believe the current wording that a dog has to be under ‘close control’ around livestock causes confusion for dog owners, farmers and the police.”

NSA chief executive Phil Stocker said: “Due to the pandemic there are more people with more time to walk dogs than in the past and dog ownership has increased markedly – all of which have added to an increased threat to livestock and livelihoods.

“The NSA welcomes this new Kept Animals Bill that we hope will strengthen legislation to support local police forces and rural crime teams in resolving and, hopefully, stopping these incidents.”

Sgt Rob Taylor, manager of North Wales Police’s rural crime team, added: ““This is all about responsible dog ownership, and education and enforcement are both vitally important, so this new law will really make the difference”

Livestock worrying is when a dog attacks or chases livestock, potentially resulting in injury, suffering or death.

We’re working with the UK Govt to change the law to tackle this distressing issue.@NWPRuralCrime‘s Rob Taylor explains why new legislation is needed. pic.twitter.com/5Q1oZV6xOK