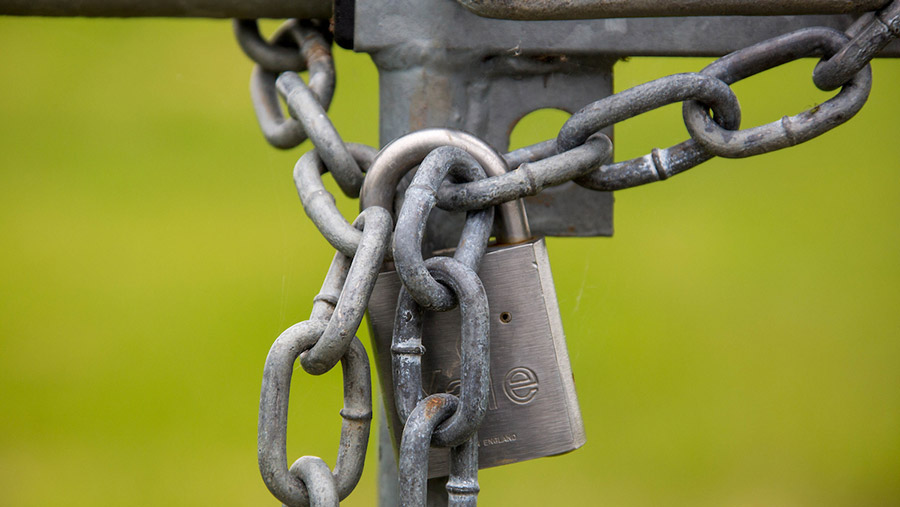 Four out of five farmers believe police are not doing enough to tackle rural crime, according to a new survey.

A lack of confidence in law enforcement is reflected by that almost one-third (32%) of rural crime is not reported to the police. In addition, just 40% of incidents are reported to insurers.

Farmers were unanimously negative about police feedback, poor or inconsistent messaging services, which are not kept going in the long term.

The government response to rural crime is also considered to be inadequate, according to farmers who responded to Shropshire-based Harper Adams University research examining farm crime in England and Wales.

Report author Kreseda Smith said: “Farmers believe the police treat them as second-class citizens, and so they do not engage with crime prevention despite knowing they should.

“Furthermore, farmers do not report crimes to the police as they feel they will not get a response, and it is a waste of their time.”

Communication is suggested as a major barrier to successful crime resolution and prevention.

Police may believe that farmers are resistant to change, but farmers are aware that more needs to be done to prevent crime.

Cost and time are cited as key factors for farmers failing to take action to prevent crime.

Female and younger farmers were found to be more proactive when it comes to taking security precautions.

Small (less than 250ha) and isolated farms are more vulnerable to crime, while the presence of people on the farm seems to make little difference to the likelihood of crime occurring.

Fear of crime is rising, with geographic and social isolation, criminals using technology and violent repercussions.

Farm crime has a major psychological impact on farmers, with some victims saying they have considered quitting farming because of crime.

Crime erodes trust, not just towards strangers, but also towards friends, the report found.

Farmers admitted they cannot sleep because of fear of repeat victimisation, but accepted this was now part of farming.

Based on the research, an estimated 137,000 farmers in the UK have been a victim of rural crime, of those 37,000 are repeat victims.

This latest research reflects the findings of a Farmers Weekly survey of farmers’ attitudes towards rural crime, which was published in April.

Our survey found that 66% were “dissatisfied” and 24% “not at all satisfied” with the way police handle rural crime locally.