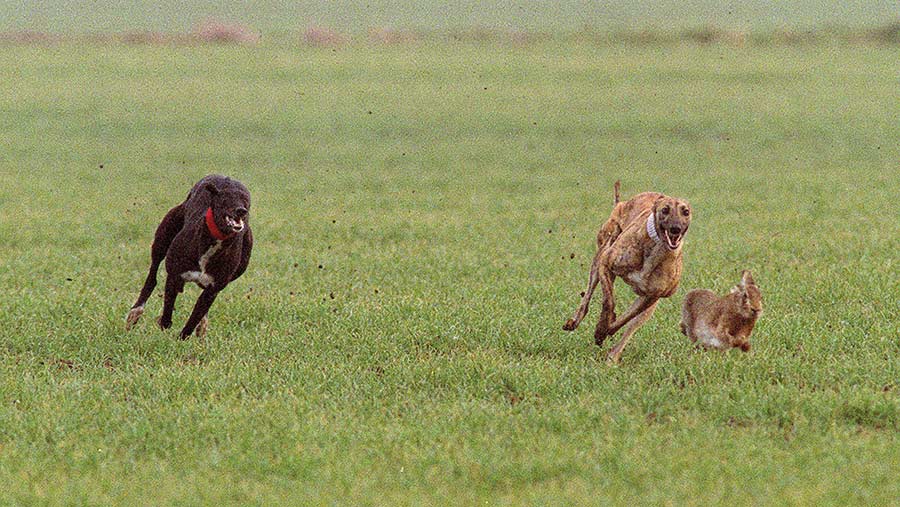 In a major breakthrough for farmers plagued by the devastating rural crime, the Home Office and Defra have set out their intention to strengthen the powers and penalties available to the courts and police.

The government has tabled amendments to the Police, Crime, Sentencing and Courts Bill that will increase the maximum penalty for trespassing in pursuit of game to an unlimited fine, and introduce the possibility of up to six months in prison.

The bill is currently being considered in the House of Lords.

On conviction, police will also be able to recover the kennelling costs of dogs seized in connection with hare coursing, and courts will be able to disqualify an offender from owning or keeping a dog.

The NFU, the Countryside Alliance and the Country Land and Business Association have welcomed the much-needed tougher legislation, after similar proposals tabled by the Lord Bishop of St Albans were withdrawn in November last year after the government said it needed more time to work out its approach to tackling hare coursing.

Tim Bonner, chief executive of the Countryside Alliance, said: “It is very welcome that the government has finally accepted that there is no need for further delay in introducing these new measures. Hare poaching and associated crimes have been a blight on rural communities for far too long.”

The NFU said the amendments could deliver crucial changes that would help deter criminals from taking part in illegal hare coursing.

NFU deputy president Stuart Roberts said: “I hope this will signal the start of a real crackdown on these organised gangs of criminals who break onto fields to let dogs loose to chase hares, causing huge damage to crops and farm property, and intimidating people living in rural communities.

“This is a hugely important step in the right direction, but there is still work to be done to protect the countryside and farming families from the devastating impacts of other forms of rural crime, from fly-tipping to theft.”

Ch Insp Phil Vickers, the national policing lead for hare coursing, said current legislation had not kept pace with the impact on victims or benefits to offenders.

“We are optimistic that parliament will take the opportunity to rebalance in favour of victims and enforcers, supporting us to take the fight to the offenders and protect rural communities and wildlife,” he said.