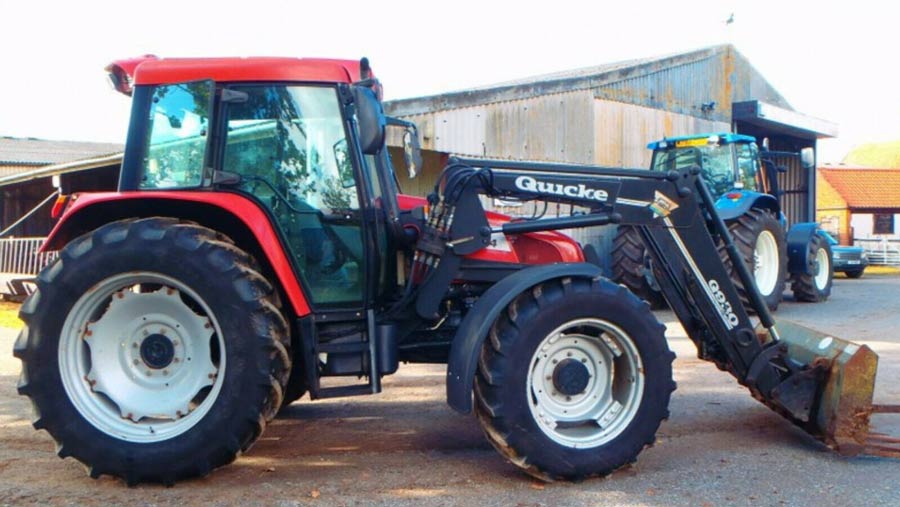 An arable farmer who was conned out of £8,500 in an eBay tractor scam has spoken of his delight after getting his money back.

Seb Blake, who farms in Chelmsford, Essex, was duped into buying what he thought was a bargain 2002 Case CS94 tractor advertised on the auction site.

He had saved up the money to replace his ageing 1985 Case tractor “which had seen better days”, but was left crestfallen after parting with the cash in return for nothing.

Mr Blake spotted a tractor and loader listed by a seller claiming to be a lettuce grower called David Cowell from a farm in Hook, Hampshire – he later discovered that the farm exists, but the seller details were fake. 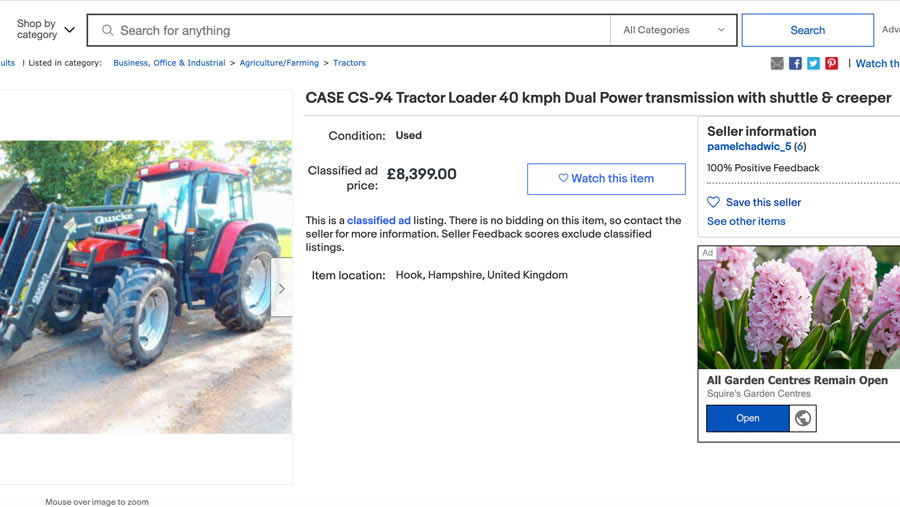 He soon realised he had been the victim of an elaborate eBay tractor scam, which left the authorities shocked over its sophistication.

After efforts to recover his money through eBay and his bank failed, he contacted Farmers Weekly with his story. Three days after we exclusively revealed the scam, Mr Blake was delighted to discover on Monday (12 April) that Halifax Bank had refunded the £8,500 into his account.

“I was embarrassed and I was a fool. But at least I’m a fool with my money back,” he said.

Mr Blake said he hoped the successful outcome of his case would encourage other farmers who have been similarly scammed to come forward and tell their stories.

“Farmers are proud people, but if they swallow their pride and do what I did, they may get a refund,” he added.

“The people at the Halifax Chelmsford branch have been fantastic, but eBay did not take my case seriously until I contacted Farmers Weekly.

“We had a terrible experience. But we had the backing of great people at a fantastic magazine. I’d like to thank the team for all their help running the article and featuring me on your podcast. Without it, I wouldn’t have got my money back.”

eBay removed the fake tractor advert from its website on Friday 9 April. But Farmers Weekly is following up reports of other farmers who have been tricked out of thousands of pounds in other machinery adverts by the same scammer.

Mr Blake said he had learned his lesson and would save up extra money, wait another year and buy a second-hand Case tractor from his local dealer, Ernest Doe in Fyfield. 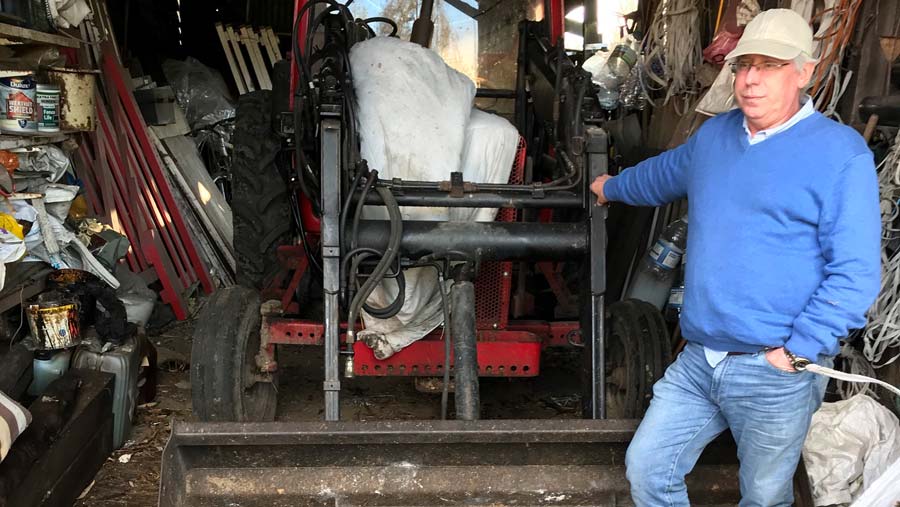 “Unless you can put your hands on a tractor, touch it, start it up and drive it away, then don’t buy it,” he said.

In a statement, Halifax said keeping customers’ money safe is their priority. “If a seller wants to avoid official payment methods, this should be an immediate red flag that it’s a scam,” said a spokesman.

“eBay has a wide range of vehicles available for purchase, but we strongly urge any buyer to view the item before handing over any money, adhering to social distancing measures.

“We’re pleased that in this instance Mr Blake has received his money back. We have launched a full investigation into this seller, and will be taking the appropriate action on the account. We’d encourage anyone who has identified or been a victim of fraud to report it to eBay as well as their local police force immediately.”

Det Cons Chris Piggott, agricultural vehicle lead for the National Vehicle Crime Intelligence Service, has advised anyone who is a victim of fraud, or who spots a fraudulent advert on websites such as eBay, to report it to the relevant police force for investigation and Action Fraud on 0300 123 2040 or online at www.actionfraud.police.uk.