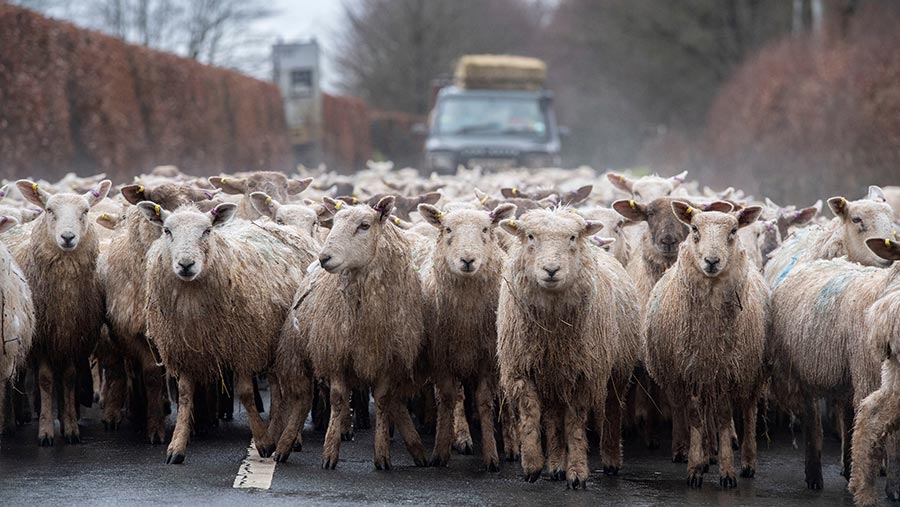 A sharp rise in incidents of sheep rustling in the UK has transformed the crime from a local issue to a highly organised enterprise worth millions, according to new data.

Livestock rustling has become the most costly crime to the UK’s farming sector after machinery theft, following a spate of well-co-ordinated, large-scale robberies in recent months.

“A generation ago, rustling was typically a local crime involving a couple of lambs or half a dozen geese being taken for the pot,” said Tim Price, NFU Mutual rural affairs specialist.

“Now it’s an organised crime with dozens or even hundreds of sheep worth thousands of pounds being taken in a single raid.”

A recent case in March saw 220 New Zealand Romney ewes stolen from a farm in Wiltshire, one of the biggest raids ever reported in the county.

Criminals have been known to use stolen sheepdogs to aid thefts, rounding up hundreds of sheep into trailers or lorries at night.

NFU Mutual is also concerned by reports of sheep being butchered in fields, leading to fears around food safety.

This type of theft is particularly devastating to small farms, as the loss of a sizeable proportion of stock has the potential to wipe out a whole year’s profits.

Farm operations can be left disrupted for years to come as “hefted” flocks are rebuilt.

The insurer is reminding farmers and butchers to check livestock records and ear tags carefully when buying stock to ensure animals are not stolen.

Members of the public should also be wary when buying meat from unusual sources due to potential health hazards from animals that may have been rustled.

How can you deter livestock thieves?