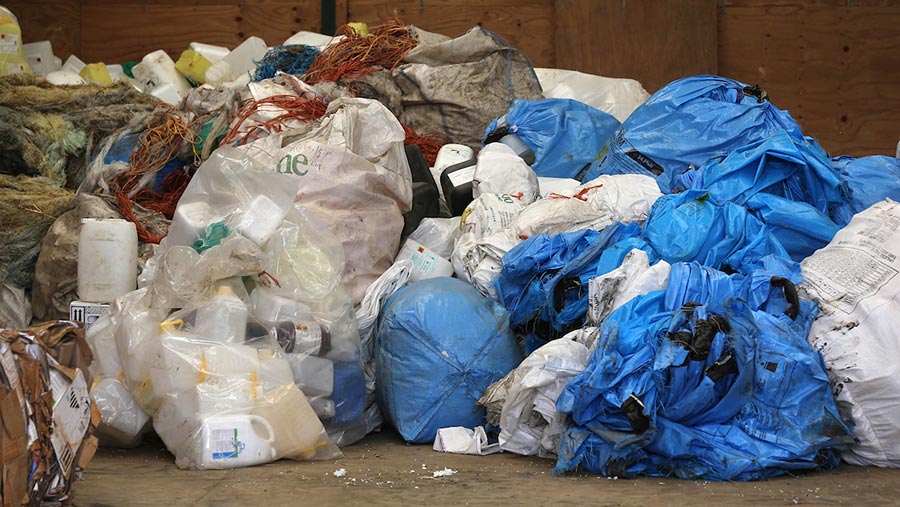 Farmers in Wales are considering burying or burning waste plastic on farm, following a decision to close the country’s only agri-plastics recycler for 12 months.

Birch Farm Plastics, located in south Wales near Swansea, has suspended its poly-waste collection service for a year, forced to do so, according to the company, because of a local plant now charging for its services.

See also: A guide to farm recycling: the options and costs

The firm was the last of its kind in Wales to offer farm collection services for plastic, which accounts for 30% of total farm waste.

The decision leaves thousands of farmers no choice but to store plastic on farm for the 12-month legal limit proceeding proper disposal.

A Welsh government statement washed its hands of the issue, telling the BBC that farm waste disposal was a matter between farmers, the collectors of plastic film waste and the plants that can recycle it.

“Farmers have a responsibility to ensure their plastic is disposed of correctly.”

The situation would not be so critical if government or local government intervened to support UK recycling facilities through legislation, according to a spokesperson from Birch Farm Plastics.

“Farmers are already under significant pressures, and any further increased costs at such a difficult time are simply going to make the farming industry suffer more.

“Removal of their waste from farm is a legal requirement, however, the cost of that should be shared, through increased producer responsibility, and a change in the UK recycling policies and infrastructure,” added the spokesperson.

The plastics collector fired a stark warning that without intervention, mountains of stockpiled plastics on farms would continue to grow.

The Welsh government has committed to a zero-waste policy and aim to increase the proportion of rubbish it recycles to 70% by 2024-25.