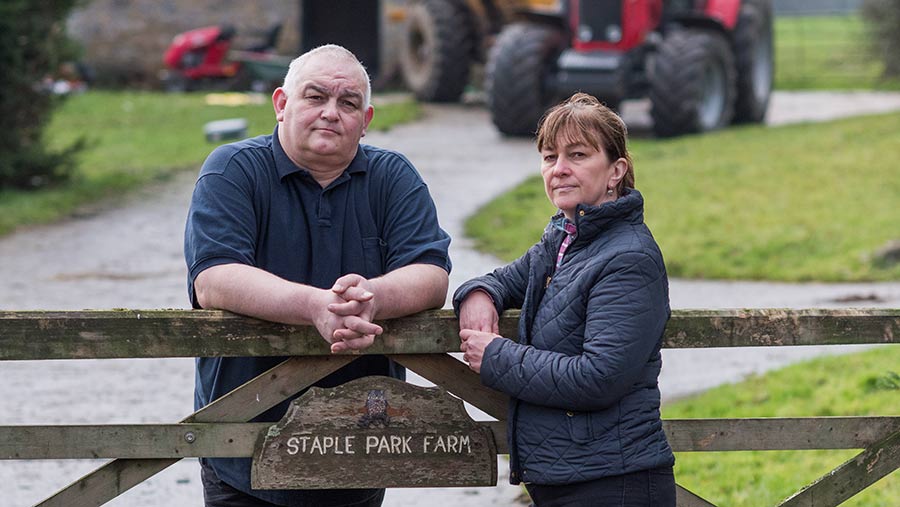 A dairy farming couple has been awarded £1.75m for misrepresentations and multiple tenancy breaches by their landlord, the Crown Estate.

Fifth-generation dairy farmers Ian and Judith Wakley moved their business and family from Aberdeen to Somerset to take on a Crown Estate farm tenancy in 2007.

Oliver Radley-Gardner, a lawyer representing the Wakleys, told the High Court in Bristol that on arrival the Wakleys found Staple Park Farm in Somerset beset by equipment problems and other difficulties, contrary to assurances by the Crown Estate.

Mr and Mrs Wakley were persuaded to take on the tenancy of Staple Park Farm after being told that the farm parlour and the slurry/dirty water storage and disposal were “right up to date”, said Mr Radley-Gardner.

In addition, they were told the farm had an effective freshwater supply and distribution system. But none of these statements turned out to be true, he added.

Furthermore, silage on the farm, which the Wakleys had had to purchase when they took over – and was said to be of a “high quality” – turned out to be contaminated with wire, which caused cattle to become seriously ill and die.

Despite repeated requests, Mr Radley-Gardner said the Crown Estate was unwilling to repair the equipment or remedy the problems.

Instead the landlord sought to blame Mr and Mrs Wakley, he added, saying that they were incompetent farmers. The Wakleys suffered huge losses and were eventually unable to pay their rent.

The Crown Estate started possession proceedings, which the Wakleys were able to defend only with assistance from their insurers and the NFU Legal Assistance Scheme.

Following legal proceedings, initiated by the landlord, a judge ruled in favour of the farming couple on Thursday (15 December) after a three-and-a-half year legal battle.

In his ruling, the judge, Recorder David Blunt QC, found that The Crown Estate had misrepresented the condition and productive capacity of the farm.

Judge Blunt held that “the misrepresentations initiated an insidious chain of events, which ended with [the Wakleys] entering into the [farm business tenancy].”

The judge also found the Crown Estate in breach of landlord’s repairing and other tenancy obligations and rejected the notion that the Wakleys were incompetent farmers.

“I am satisfied on the balance of probabilities, and find as a fact, that the problem with the herd… and of the run-down condition of the farm… were not… the consequence of incompetence on the part of the Wakleys (ie, their not knowing how to farm properly).

“They were the consequence of the problems they encountered. In other words, the losses sustained on the farm were sustained in spite of the Wakleys exercising all reasonable endeavours to overcome those problems.

“I am entirely satisfied and find as a fact that the Wakleys neither were at any time, nor are, incompetent farmers.”

Following the judgment, Miles Farren, a partner at agricultural solicitors Michelmores, which represented the Wakleys, said they would rebuild their dairy herd and continue to farm at Staple Farm Park.

A spokesperson for The Crown Estate said: “We are of course disappointed with the outcome of this litigation. We will now consider the further legal recourse that is available to us and, in light of that, it would be inappropriate for us to comment further at this time.”