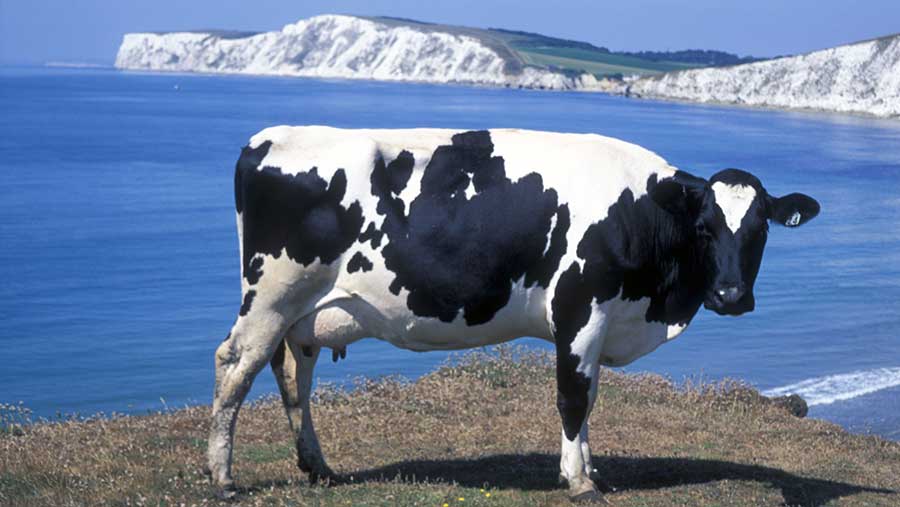 Dairy farmers on the Isle of Wight have said they will fight to continue their business despite failing to block plans to build houses on part of their farm.

Tenants Nigel and Amy Holliday farm 160 Holstein-Friesian cows and a flock of chickens at Westridge Farm, Ryde – the third generation of their family to do so.

On 30 May they finally lost their long-running campaign to protect the dairy after the council approved plans to build 80 homes on the farm, despite winning widespread support from their local community.

Following the decision, Mr and Mrs Holliday said the outcome was “not ideal”, but added: “We hope we can continue here at Westridge Farm for the good of future generations and the island.

“We don’t want to become another dairy farm closure statistic.”

Local councillor Michael Lille warned Isle of Wight Council the decision would likely affect the farm’s viability by removing prime grazing and reducing production, resulting in the likely closure of one of the Island’s last dairy farms.

The Hollidays had recently started selling unpasteurised whole milk at their farmgate to the local community for the first time in 30 years.

In a statement posted on Facebook, the family said: “We at Holliday’s Herd are passionate about what we do, a family business farming the land here at Westridge Farm, Ryde for three generations.

“Farming is not a job, it’s a lifestyle choice, especially dairy farming, unsociable hours, working 365 days a year, seven days a week, making sacrifices for the good of the farm and its future.

“It’s not for everyone but to ensure dairy farming continues on the island and also on a wider scale throughout the country we need people like us to make these choices to ensure fields are farmed for the good of future generations.

“We need these green spaces around us to give us the opportunity to have local produce with traceability to the local farm.”

A spokesman for Isle of Wight Council said: “The application for Westridge Farm had been deferred from the previous meeting in February 2017, pending further information to be provided to Members.

“Members approved the application in accordance with the officer recommendation following some debate on the proposed access. Members also requested an additional requirement be incorporated into the Section 106 Agreement to ensure that the Affordable Housing provided within the scheme was offered to local people in the first instance.”