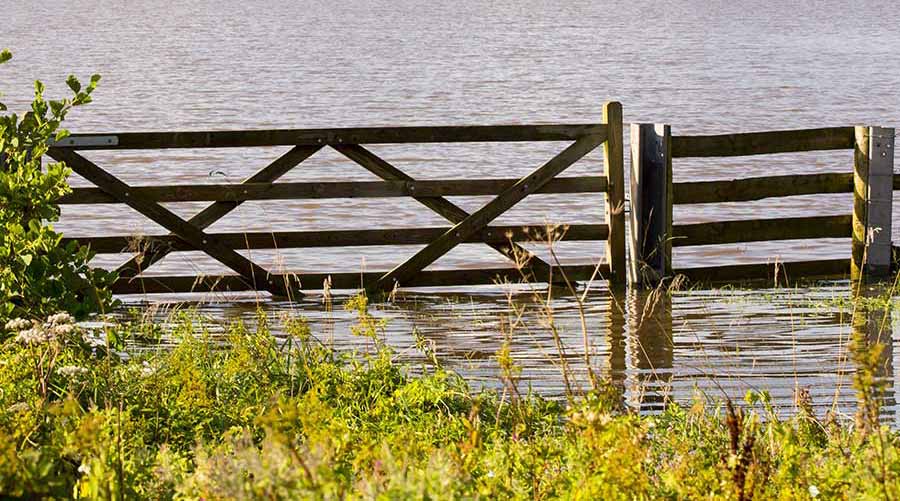 Environmental campaigner Ben Goldsmith has prompted an angry response from farmers after blaming their actions for the North Yorkshire floods.

In March, Mr Goldsmith was appointed by the then-Defra secretary Michael Gove as a non-executive member of Defra’s departmental board.

According to the Met Office, parts of the Yorkshire Dales had 82mm of rainfall in 24 hours on Tuesday (30 July). The monthly average for July is 89mm.

In a post on his Twitter account (@BenGoldsmith), Mr Goldsmith embedded a video of flooding this week in the North Yorkshire uplands and commented: “Flooding that so regularly hits parts of Britain [this is Calderdale and Swaledale, Yorkshire] is largely of our own making.

Mr Goldsmith, the son of billionaire James Goldsmith and brother of Conservative MP Zac Goldsmith, then suggested that Mr Gove’s post-Brexit farming policy of paying farmers public money to deliver public goods will “reward farmers in the uplands… for making efforts to hold back rainwater, thereby reducing flooding [and drought]”.

Mr Goldsmith has previously suggested the Yorkshire Dales are “bleak and denuded” partly due to sheep, and that Britain has “nothing that any other country would recognise as a real national park”.

According to Defra, non-executive board members are “senior figures from outside government, appointed to provide challenge to government departments”.

Here is a selection of farmer tweets in response to Mr Goldsmith’s latest comments:

Don’t spout opinions about northern England uplands without visiting none are overgrazed all much less grazed than even 10 years ago . Nothing can hold back 55mm rain in an hour #BackBritishFarming

Ben, please don’t confuse extreme weather events with a desire to change the way the uplands of the uk are managed.

We are told by the government through their agricultural bodies how many sheep we can graze on the mountains, have been in wales since the 80s, change the tune, try working with is rather than slag us off

Ben, this is my home. The Moor in that picture isn’t drained or overgrazed and it is carefully managed. A months worth of rain fell in 2 hours. That’s why it flooded. You of all people should know better than to jump on someone’s misfortune. And Calderdale is 60 miles away

Are the uplands over grazed these days!? Most of us aren’t allowed to under stewardship agreements. More stock and rotational grazing would actually be a solution.

Do you have a view on this? Contact the Farmers Weekly newsdesk at: philip.case@proagrica.com