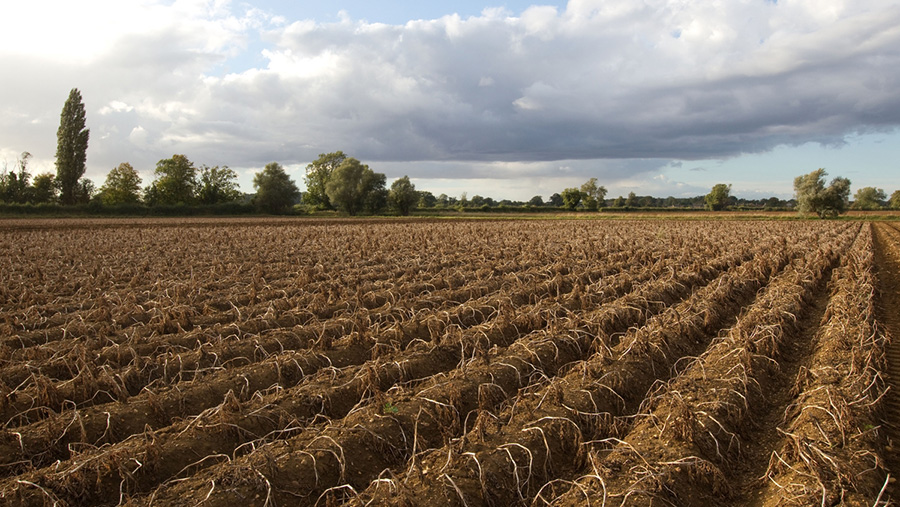 The European Commission has proposed to withdraw the use of herbicide active ingredient diquat, the loss of which could have serious consequences for potato producers.

Contained in products such as Reglone, it is a vital tool for preharvest desiccation of haulm in potato crops, helping to manipulate tuber size to meet market specifications, reduce disease transmission on to tubers and aid harvesting.

Since a ban on sulphuric acid, diquat has been the go-to desiccant for potato growers, with limited alternative products available, which are less effective and crop safe.

It also has a role in desiccation of oilseed rape and cereals, as well as being a component in weed control strategies for a number of broad-acre and speciality crops.

The active is up for re-registration and current approvals for diquat were due to end on 30 June, but have been extended for 12 months to allow the re-registration to be completed.

The UK is the appointed rapporteur member state to evaluate re-registration data and Farmers Weekly understands that the Chemical Regulations Directorate (CRD) and Defra fully support its re-registration.

However, the European Food Standards Agency has raised concerns about the substance’s health impact on workers, bystanders, residents and wild birds, leading to the EC’s proposed ban.

While industry focus has been on the re-registration of fellow broad-spectrum herbicide glyphosate in recent weeks, the threat to diquat has “slipped under the radar” according to Peter Blaylock, agronomist at potato packer and producer E Park & Sons.

It’s a concern that it could be another politically driven decision, rather than one based on sound science Peter Blaylock, E Park & Sons

He explained its loss would be a “huge blow” and could be a tipping point, forcing some growers to abandon the crop, which has suffered low prices and increasing cost of production in recent seasons.

“It’s a concern that it could be another politically driven decision, rather than one based on sound science.

“Growers need to get themselves in a lobbying position with their MEP and express its importance to the industry,” said Mr Blaylock.

An initial technical discussion on the EC’s proposal by the Standing Committee of Plants, Animals, Food and Feed is scheduled for 18-19 May, when the UK will make its technical case for re-registration. A final decision is expected later in the year.

Reglone manufacturer Syngenta responded to the European Food Safety Authority’s assessment of diquat, which it felt was highly conservative and didn’t follow the same precedent applied during re-registration of other actives.

Luke Gibbs, the company’s head of corporate affairs for northern Europe, told Farmers Weekly  its technical comments will support member states in requesting the EC review its proposal and position ahead of any decision.

“Key to this will be continued efforts of the UK, as lead member state, to uphold their own recent technical review of diquat, which supported its ongoing use and registration,” he added.