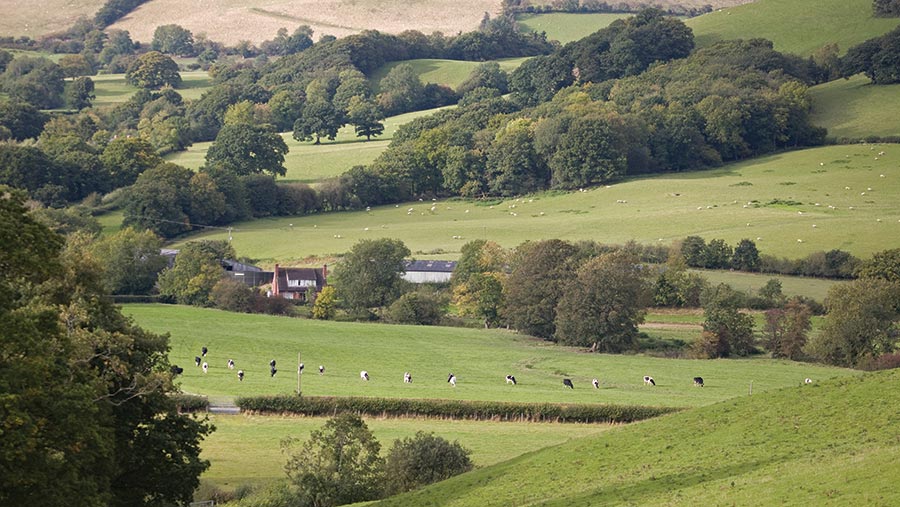 Intensive production systems on Welsh farms won’t be entitled to government subsidies once direct payments are phased out, a new Welsh government white paper on the future of farm support suggests.

Published on Wednesday (16 December) the new Sustainable Farming Scheme (SFS) will encourage less-intensive land management practices from 2023, which the government believes can improve the environment and human health.

It says maintaining the status quo for agriculture in Wales is no longer an option because of “economic and environmental” challenges, insisting that ditching the Basic Payment Scheme (BPS) would offer farmers and rural communities a sustainable future.

As yet, there are no details on the new payment rates for the SFS – these are being calculated by a team of environmental economists and will be published in spring 2021. But they will be based on income foregone, costs incurred and the outcome an action is expected to achieve.

There would also be money for investment in infrastructure, advice around accessing new markets and diversification opportunities, training, research and to provide an income stream for farmers.

“The SFS is intended to reward farmers for the delivery of outcomes rather than compensate them for the cost of their inputs,” the paper states.

Additional inputs needed to meet the requirements of the scheme should be seen by farmers as an investment in return for payments, it adds.

Payments would have a strong “justification” element attached to them – an action would need to deliver an environmental, ecological or social good to qualify for cash.

While the SFS  will be voluntary and open to all farmers, there is an understanding that it might not work for farmers who produce for commodity markets, such as large-scale dairy farms and intensive beef-finishing systems.

A formal consultation period on the white paper will run until 25 March and during that time the government plans to hold a series of events to engage with farmers.

The Agriculture (Wales) Bill is scheduled to be published in 2022 and the government aims to have a legislative framework in place by 2023.

BPS: European Union subsidies – currently worth around £350m a year – make up more than 80% of farm incomes in Wales on average, and a big chunk of that cash is currently given as direct payments under the BPS.

While farmers in England will see a cut in their BPS as early as 2022, Welsh farm businesses will receive the payment in full in 2022.

No commitment has yet been made to the size of the 2023 payment since the Senedd election is due to be held in May 2021, but Wales will start transitioning to the new SFS in 2024.

Regulation: There will be changes to how farming is regulated, with new National Minimum Standards (NMS) and fewer criminal prosecutions for low-level offences.

The government wants to bring together laws that currently exist in separate pieces of legislation, extending the NMS to farmers who are not SFS claimants.

This would see a wider use of civil sanctions, including compliance and restoration notices and fines, allowing for a more “proportionate” response to regulation breaches instead of criminal prosecution.

But it adds that prosecution may be the only option for repeat offenders.

Woodland creation: Farmers will be paid to plant and manage woodlands, and non-farm woodland schemes could claim from this budget too.

Payments would be linked to carbon sequestration, habitat resilience and amenity use, and when trees are used to capture ammonia emissions.

Data collection: The government wants the power to collect and share data on all Welsh farms and businesses in the agri-supply chain, regardless of whether they are SFS claimants.

It says this is needed to monitor regulatory compliance for all farms in Wales and to help inform agricultural policy.

“Farmers who participate in future financial assistance schemes will need to provide a range of data on the farm business and report regularly on the progress of the actions that have been agreed,’’ the paper states.