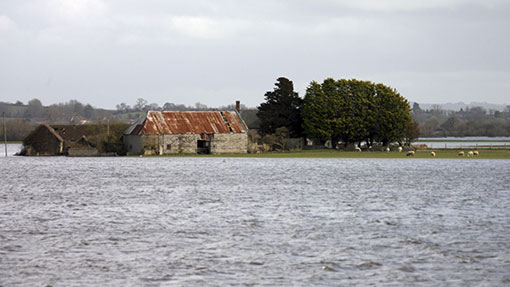 Dredging has started on the Somerset Levels after the worst winter floods in living memory engulfed farms and local communities.

A 200m stretch of waterway near the confluence of the rivers Parrett and Tone was due to be dredged at Burrowbridge on Monday (31 March).

Silt will eventually be removed from some 8km of river – identified by Environment Agency modelling following flooding two years ago.

But concern over the operation has been raised by local campaigners belonging to the Flooding on the Levels Action Group (FLAG).

Although keen the levels should be properly maintained, a FLAG statement said the group still hadn’t seen the profiles or the quality of the dredge proposed.

“The Environment Agency is working towards restoring the rivers to the 1960’s profile, but currently we have not had access to those either,” said the FLAG statement.

“It is essential we have access to this information to ensure there is total transparency for this dredge, which is so vital for our future on the levels.”

A 20-year plan for the levels – presented to parliament by DEFRA secretary Owen Paterson – had lots of good ideas, but funding wasn’t yet in place, said FLAG.

The group said it would continue to press for a change in government policy, including the acknowledgement that the levels were a unique place and that a fairer funding system was required.

“We need to ensure policy change occurs so that a whole catchment charge is agreed upon.

“This will make sure there is money for continued maintenance of the river systems and the infrastructure that is vital, including the upgrade of pumping stations such as North Moor.

“We need to ensure funding is spent wisely on essential projects and that taxpayers get the best value for money.

“As FLAG, we need to ensure that flooding of this scale and duration never happens again.”