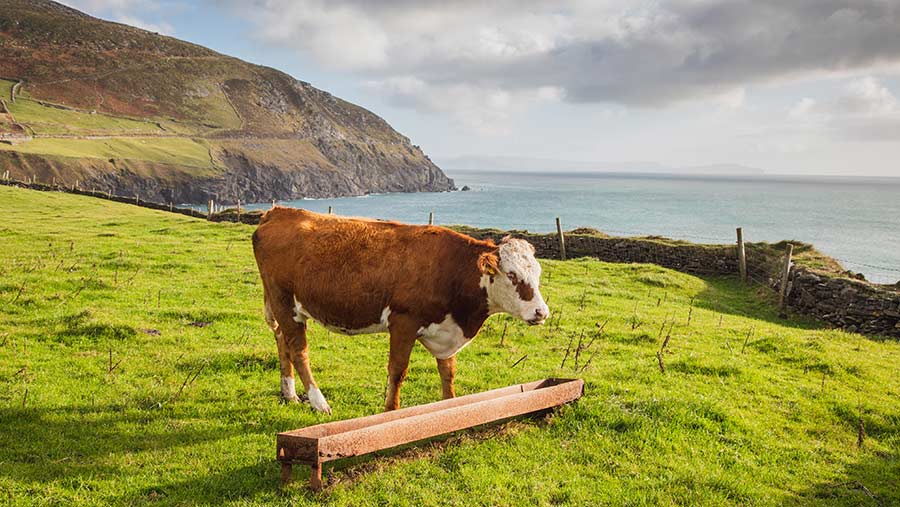 Northern Ireland’s farmers have expressed their grave concern at plans to substantially scale back livestock production as part of the drive to lower greenhouse gas (GHG) emissions.

The suggestions come from two sources – a recently-tabled Climate Change Bill at Stormont, and new advice from the independent Climate Change Committee (CCC) in London.

The Climate Change Bill is being sponsored by Clare Bailey, leader of the Green Party in Northern Ireland, and is supported by a wide range of political parties.

“Given the unique profile of Northern Ireland’s greenhouse gas emissions, including the high proportion of emissions produced by our agriculture sector… we need a bespoke climate bill,” it says.

All sectors of the economy are expected to play their part, although Ms Bailey accepts that farming will need government support to make the transition.

While the Climate Change Bill is short on specifics, what this might mean for agriculture is spelled out in advice from the CCC, sent to Northern Ireland agriculture minister Edwin Poots earlier this month.

A letter from committee chairman Lord Deben suggests a slightly more lenient target of an 82% reduction in all GHG emissions by 2050, as opposed to the “net zero by 2045″ recommended in the NI Climate Change Bill.

“Our analysis shows that NI’s position as a strong agri-food exporter to the rest of the UK, combined with more limited capabilities to use GHG removal technologies, means that it is likely to remain a small net source of GHG emissions,” says the letter.

According to the committee, even a 50% fall in meat and dairy production in NI by 2050, combined with significantly greater levels of tree planting on the land released, would not be enough to get to “net zero” emissions in 2050.

“Without a corresponding reduction in consumption of such produce, this would simply shift emissions overseas,” it says.

Commenting on the developments, Ulster Farmers’ Union president Victor Chestnutt said he was “gobsmacked” that local politicians were looking to legislate for net zero by 2045, when the latest advice was that even a 50% reduction in both meat and dairy production would not be enough to reach that target by 2050.

“We accept that our farmers must take action to reduce emissions and we have reiterated that, as a key part of the climate change solution, our members are committed to doing all they can to address the issue,” he said.

“But we cannot accept bad legislation that could wipe out half of our livestock farmers just to meet a legislative target that does not seem to have any scientific basis.”

Without finding solutions in a balanced and sustainable way, Mr Chestnutt said politicians would simply be exporting food production overseas, with no benefit whatsoever to global warming.

“We would be contributing to carbon leakage instead,” he said.