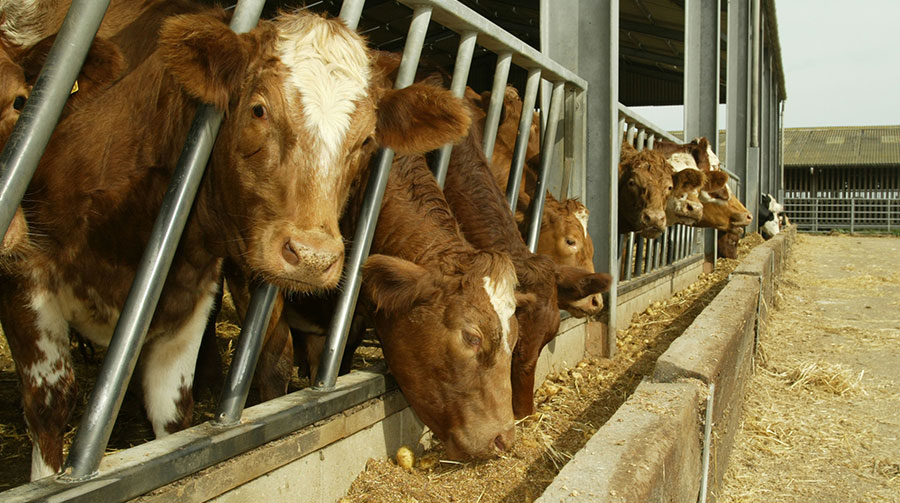 While other sectors of the economy, such as power, waste and construction, have been steadily reducing their greenhouse gas (GHG) emissions over the past decade, agriculture has failed to keep pace.

That, at least, is the conclusion of the Committee on Climate Change (CCC), whose report on the UK’s Clean Growth Strategy was published in January of this year.

The independent committee, made up of academics and scientists, claims “there has been no progress in reducing agricultural emissions over the past six years”.

This is supported by data from the Department of Business, Energy and Industrial Strategy (BEIS), which shows the energy sector has cut its GHG emission from more than 200 megatonnes of carbon dioxide equivalent in 1990 to about 80 megatonnes in 2016.

But, while there were some gains by agriculture until 2008, since then the sector has more or less “flatlined” at just over 45 megatonnes of carbon dioxide equivalent.

More to be done

Its second report last year suggested that, through things such as improved soil management and better livestock nutrition, agriculture had reduced its GHG emissions by 1 megatonne of carbon dioxide equivalent/year.

That meant the sector was a third of the way to achieving its reduction target of 3 megatonnes of carbon dioxide equivalent/year by 2022.

But whichever figures are accurate, it is clear the agriculture industry still has work to do.

According to the CCC report, a new strategy for agriculture and land use is needed that links future farm support to GHG emissions reductions and increased carbon sequestration.

The aim is to see agriculture deliver another 19% cut in emissions from crops, soils and livestock between 2015 and 2030.

The GHGAP agrees further savings are achievable, but points out this should also be linked to improving productivity in farming, storing carbon in soils and generating renewable energy. 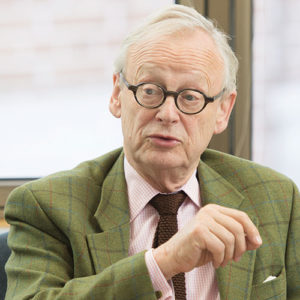 The Committee on Climate Change is chaired by Lord Deben – perhaps better known as John Gummer, a former agriculture minister and secretary of state for the environment in the 1990s. Who better to answer our questions on what farmers and policymakers should be doing.

There seems to be a divergence of views about the numbers when it comes to GHG emissions. Can we rely on them?

Our most important first job is to be accurate and, in the past, that has been somewhat difficult to achieve for agriculture.

But Defra has now completed its Smart Inventory [a new model for estimating GHG emissions], which means we can better measure where we are and where we were in terms of methane emissions from livestock and nitrous oxide from fertiliser.

The latest data suggests the drop in GHG emissions since 1990 has been slightly less than we previously thought.

According to the figures, agriculture only contributes 10% of GHG emissions, so why the fuss?

Having overseen the decarbonisation of the electricity supply, the biggest issue we now have is land use and its relationship to the battle against climate change.

Agriculture is at the heart of land use, and there are very real changes which are inevitable to take us towards our objective of 80% GHG reduction by 2050.

If we do leave the EU, we are going to have a new policy, designed to pay farmers for delivering public goods.

One of the most important public goods for which we need to pay will be agriculture’s contribution to the fight against climate change.

The only issue will be how much the Treasury will be prepared to pay.

First, we must protect our soils. Good soils are very important, both for food production and carbon sequestration.

Everywhere you go, you can see areas where there is significant erosion.

This has two effects. One it reduces the fertility of the soil, and second, it causes huge cost in terms of the sediment that is washed into our rivers and watercourses.

How else can farmers contribute?

We know the only way we can keep temperature rises below 2C (as specified in the Paris Agreement) is if we take more carbon out of the atmosphere.

So tree planting is going to be a much more important part of our programme.

I can also see there will be much more need for what I call “wash meadows” – where farmland can take water from time to time, rather than having to have hard defences further downstream.

Do we also need to have less livestock to reduce methane emissions?

It seems to me that, if we’re to regenerate our soils, we’re going to need livestock as part of the mix.

Human beings are omnivores, meat is part of our diet and should remain so. But we ought to be eating less of it and better.

Grassland is good for carbon sequestration and good meat, properly reared to high-welfare standards, seems to be part of the proper mixture of farming.

But we’ve also got to learn about how to keep animals in a way which contributes less to GHG emissions. That is everything from dealing with overstocking, to the way in which they are fed.

Is more organic farming part of the solution to climate change. It may be better for the soil, but it uses more manure and doesn’t yield so much?

I agree with the Soil Association about the principle of respect for the soil, recognition of the importance of handing on the land in better state than it was before, and recognising how much we have lost by monoculture.

But you cannot stop the march of science, and genetic modification is a very important part of what we are going to need to feed the world.

If we impose climate change mitigation measures on our farmers, won’t that will push up food prices and simply export the problem overseas?

You can’t have internal policies about climate change and then open your doors to any old stuff from abroad. If you did, you wouldn’t have an agricultural industry.

Government is going to have to secure our farmers’ position as world leaders in this area.