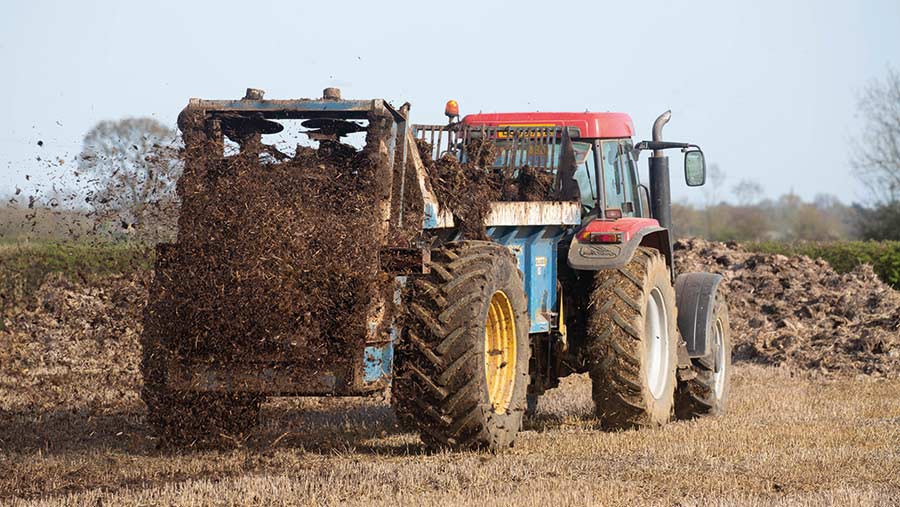 The Environment Agency (EA) is facing fierce criticism following the publication of its guidance on spreading organic manures, which critics say will prevent applications to most fields in England this autumn.

After months of collaborative work, the agency took industry stakeholders by surprise with its regulatory position statement (RPS) 252 last week – which sets out a tough framework for the legal spreading of manure in the autumn.

Defra insists that its intention is to “enable current practice to continue in most situations”, to provide farmers with more time to adjust before full implementation of the Farming Rules for Water next year.

But while the RPS guidance in theory allows the continued spreading of farmyard manure, slurry and digestate post harvest, it imposes a number of conditions which, experts say, are almost impossible for many farmers to comply with (see panel “What does RPS 252 say?”).

For example, while it is still possible to spread manure for crops beyond their immediate need – suggesting winter cereal ground could yet receive organic manure – this must not happen if there are any other options for disposing of it, or if the land in question is prone to run-off.

And while the amount applied under RPS 252 may exceed the “immediate” need of the crop, it must not exceed the total requirement for the whole crop cycle.

Unworkable for most farmers

Critics say the provisions will be unworkable for most farmers and are at odds with Defra’s position on soil health.

The restrictions could also force livestock and mixed farmers with full muck stores to apply manures in the early spring, when conditions may be even more unsuitable, leading to more leaching and a worse outcome for the environment.

And while most crop advisers and farmers recognise the need to protect water quality, there are serious concerns that there are no legal guarantees for farmers who use RPS 252.

According to one insider, the EA can interpret farmer actions as they wish, even after the event, with the farmers’ actions then being assessed as unacceptable or illegal. Some fear that, without more leniency, farmers may be forced to act illegally and put themselves at risk of being prosecuted.

Agronomists say they have also been put in a very difficult position, as they work out how to give responsible advice which meets the rules and avoids legal ramifications.

NFU deputy president Stuart Roberts said the union had hoped the RPS would allow sufficient flexibility to the Farming Rules for Water, to enable farmers to continue making the best use of organic fertiliser that can benefit soil health and crop nutrition.

“But what we have got has come very late in the day and is way too restrictive to really help. It’s extremely frustrating,” he said. “We wrote to Defra ministers in April with our concerns, and they have continually refused to engage or reply to our letters.”

The NFU is calling for the RPS to be revoked for this coming spreading period and reinstated in a simpler, more practical form in the spring, after a proper consultation with industry.

Until then, enforcement of the problematic “rule one” of the Farming Rules for Water should be suspended.

As for livestock farmers, who may now face problems of excessive slurry or manure, Defra’s says it “strongly recommends” that farmers in England should have at least six months’ storage capacity and take steps to prevent rainwater reaching lagoons and silos.

It is drawing up a slurry storage grant scheme that will become available in 2022, while the EA will deliver a “sludge strategy” by 2023, “both of which will help farmers and the water sector to better manager organic manures”. 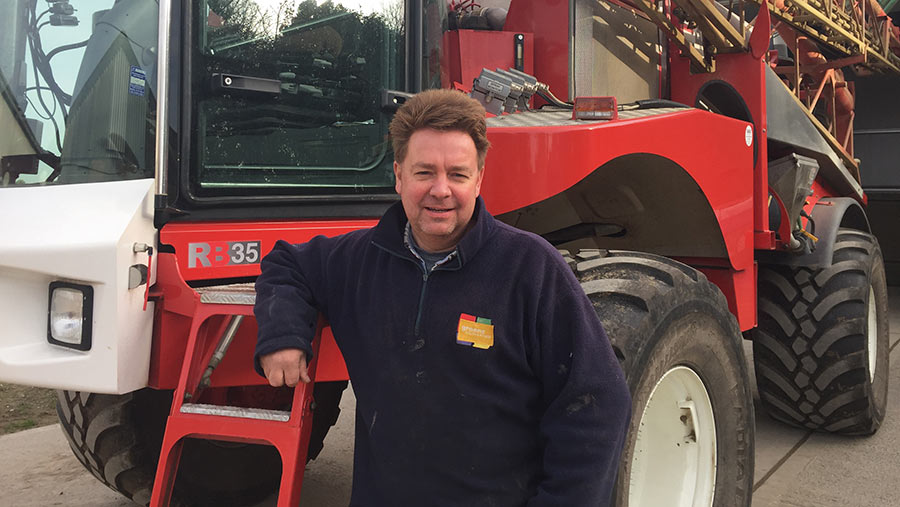 Norfolk farm manager Jim Scarratt is keen to stick to the rules set out by the EA on spreading organic manures, but having studied the latest guidance, he is struggling to work out what he can and can’t do.

One thing is clear, however – his life will be much more difficult.

Mr Scarratt’s normal practice is to use limited quantities of pig muck and digestate from local sources in the autumn, with muckspreaders following the combines, so that fast-growing cover crops and soils benefit.

Having looked at RPS 252 with his agronomist, his understanding is that he can’t continue with that approach, as the EA guidance doesn’t include cover crops as having a requirement for autumn nitrogen.

“If it was oilseed rape, it would be OK. But we are growing oil radish as a cover to help with potato cyst nematode control and it’s not clear what we are allowed to do with that.”

As a result, it is likely that he will have heaps of muck sitting in fields until the beginning of March, when they can be applied before sugar beet.

“Spring applications of muck are going to double our workload at a busy time of year, when we are drilling spring barley, doing other fieldwork and still lifting late beet,” he says.

“We will just have to hope that soil conditions will be favourable in the spring and that no damage or run-off occurs.”

As it stands, if there was no spring cropping on the 1,120ha farm, Mr Scarratt would not be able to use either muck or digestate, despite their recognised contribution to soil health.

“In that situation, we would have to chop all the straw to improve soil organic matter levels and kick the pigs off the farm.”

A change to the farm’s cropping and a re-think about what he does with muck and straw are on the cards, as is a review of spring workloads and labour requirements.