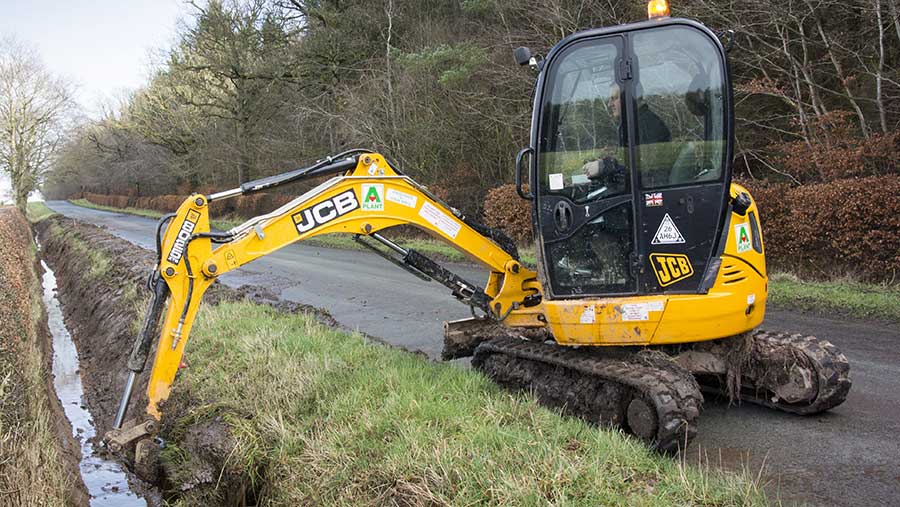 More farmers should be allowed to maintain local rivers in a bid to reduce the risk of flooding, says the NFU.

Farmers have long sought permission to maintain rivers themselves, arguing that they could do so more effectively than the Environment Agency (EA), which currently looks after catchments.

If all goes to plan, responsibility for maintenance in these catchments could be transferred from the EA to Internal Drainage Boards, including farmers.

Decisions made at a local level would be better informed, and could ensure collaboration between all stakeholders, Ms Batters told a Floodex UK conference on Thursday (18 May).

“Natural Flood Management (NFM) is increasingly being looked at to help reduce flood risk for downstream communities,” she told delegates at the East of England showground.

“However, it is not a panacea, and should only be used alongside a package of other carefully considered measures including river maintenance and desilting.”

Innes Thomson, chief executive of the Association of Drainage Authorities, which represents internal drainage boards, said the pilot catchments had been a long time coming.

He added: “Many people have worked hard to prepare the way and we all look forward to working together to make these pilots work for everyone.”

Defra and the Environment Agency have indicated that the same approach could be rolled out for other areas if the pilots are a success.

The NFU has also called for “better solutions” to ensure the food and farming industry has access to sustainable water supplies.

Adequate water was absolutely necessary in order to support the production of safe, high-quality and affordable food, said Ms Batters.

“Some of our most productive and highest value agricultural land lies in floodplains or coastal regions, is vulnerable to flooding, and deserves to be protected,” she said.

“We also need the right regulatory and environment policy in place to combat Britain’s varying climate which has thrown a series of extreme weather events at the sector in recent years.”

Adequate water is a priority outlined in the union’s recent Flooding Manifesto, which highlights the challenges facing farmers due to a rising population and changing climate.