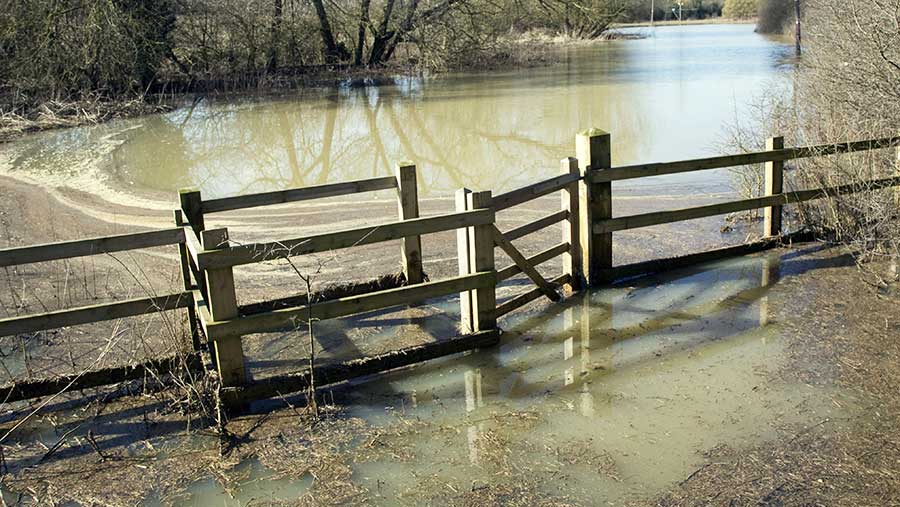 Water management experts have urged the government to help reduce the risk to farmland from flooding.

The Association of Drainage Authorities (ADA) made the call on the 10th anniversary of the 2007 floods that caused widespread damage across the country.

Summer 2007 was the wettest on record, with 414.1mm of rain falling across England and Wales in May, June and July – more than at any time since records began in 1766.

“To date, the government has ducked the issue of sustainable drainage in England and now is the time to put in place robust plans to help future development in the long term.”

Mr Thomson said ADA was calling on government ministers to take a collaborative approach to flood management – working with farmers and other stakeholders.

It was also important to take a catchment-wide approach to managing water from the highest point in the uplands down to lowland areas and estuaries.

A decade on from the 2007 floods, Mr Caudwell said he continued to receive regular phone calls from rural residents who had seen their property inundated with water.

The Environment Agency recently announced five pilot catchment areas where farmers are being allowed to maintain local watercourses in a bid to reduce the risk of flooding.

If all goes to plan, responsibility for maintenance in these catchments could be transferred from the agency to internal drainage boards, including farmers.

The NFU has long argued that farmers could look after catchments more effectively than the agency   – and many farmers want the pilot project expanded.