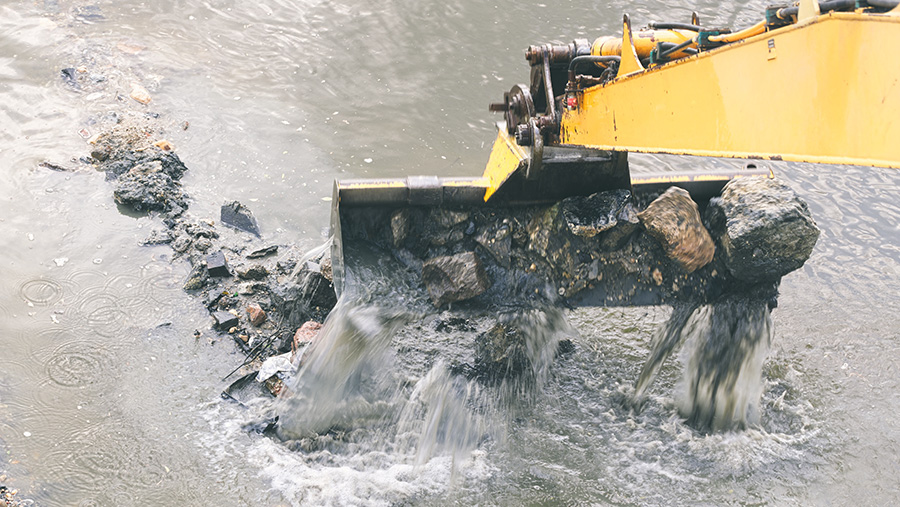 An extra £75m/year is needed to maintain rivers and reduce flooding across rural England, according to landowners.

Regular river maintenance is vital to alleviate the flood risk to 1.5m hectares of land in England and Wales, says the Country Land and Business Association (CLA).

As part of its 2020 Budget, the government pledged £5.2bn in funding for flood risk reduction – earmarked specifically for new infrastructure.

But CLA president Mark Bridgeman said the key issue was not new rural infrastructure, but the fact that flood defences on main rivers were not consistently maintained.

“This greatly increases the pressure on land managers who farm alongside main rivers, and those that manage flood risk further upstream – such as internal drainage boards.”

Farmland was sometimes used to store water to protect communities downstream from further flooding – but most landowners received nothing in return.

“This is saving potentially millions of pounds worth of damage to local homes and businesses, but in the vast majority of cases it’s done without compensation.

“Whatever crop happens to be standing in those fields is lost.”

“While acts like these help the community, it still leaves a big hole for many flood-hit businesses in the countryside.”

This was why the government needed to come forward with extra investment.

An Environment Agency spokesman said flood defences and river maintenance had been put in place to better protect more than 280,000ha of agricultural land.

“We know that flooding has a devastating effect on our hard-working farmers,” said the spokesman.

“Last year, we spent more than £180m on maintenance, and this is an important part of our work to keep communities safe.

“Dredging is an important part of our maintenance programme and is carried out when know it will make a difference to local communities.”

The government has said its new Environmental Land Management scheme will pay farmers to reduce flood risk and adapt to climate change.