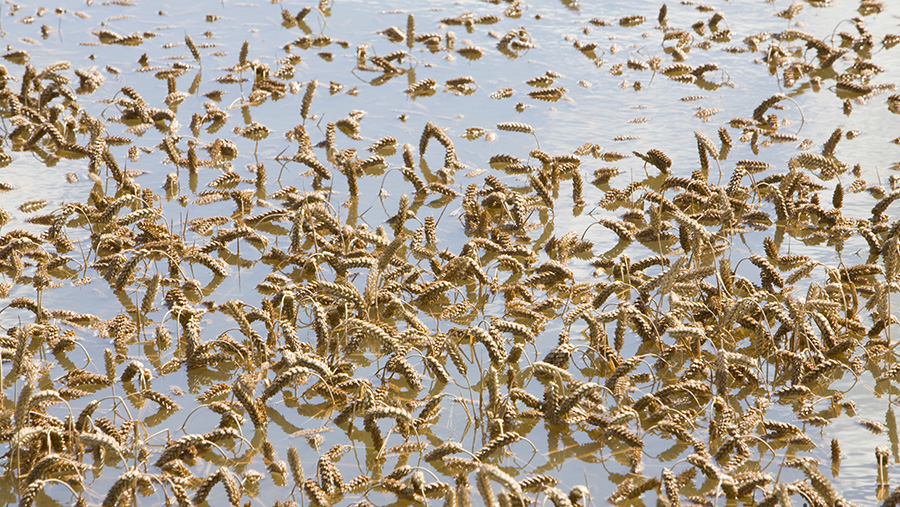 Farmers should be paid for storing water on their land and protecting local communities from flooding, says an influential committee of MPs.

Natural flood management initiatives, such as allowing land to flood, must be properly incentivised, says the Environment, Food and Rural Affairs Committee.

Doing so will require involving farmers and land managers at every stage of scheme design and implementation, according to an Efra committee flooding report released on Monday (8 February).

Committee chairman Neil Parish MP said: “It’s time to accept that severe weather events like Storm Christoph are the rule, not the exception.”

The report comes less than a fortnight after farm leaders said growers and livestock producers should have a key role in water management.

The NFU has repeatedly called for a national water management strategy to manage water in times of both flood and drought.

The Country Land and Business Association has made similar recommendations – arguing that landowners should play a central role in protecting communities.

There have also been calls for flood defences and rivers to be better maintained.

Mr Parish said the government would end up “wasting millions of pounds playing catch-up” unless it set well-defined targets for flood resilience.

“We must accept that as floods are here to stay, so must be the defences we build.”

A year has passed since Defra secretary George Eustice said in February 2020 that the government would encourage land management that supports flood management.

The report says the government needs to explain how it will ensure a catchment-based approach to incentivising natural flood management measures.

These measures include creating ponds to increase temporary storage capacity during a flood and building “leaky woody dams” in watercourses to “slow the flow”.

The report says: “Working with natural processes is an important part of a holistic approach to flood risk management, but measures need to be suited to each catchment.”

It adds: “Any measures that call on farmers and land managers to allow their land to be used for flood management must provide proper payment for the public goods provided.”

“The government should scale up natural flood management, while ensuring that the measures are appropriate to local conditions and form part of a catchment-based approach,” says the report.

“The new Environmental Land Management scheme provides an opportunity to do this.”

Farmers Weekly has asked for a Defra response to the report.