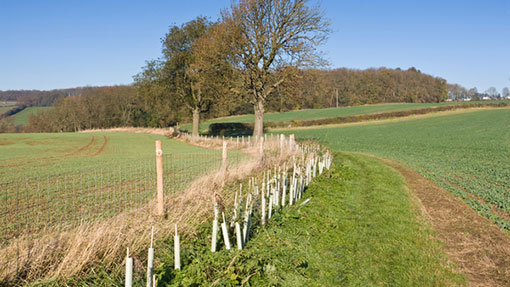 Plans to make farming more environmentally friendly through reform of the CAP could actually make Europe’s environment worse, according to a study by leading conservationists.

The damning report by researchers and conservation groups across Europe says environmental reforms have become so diluted during the CAP negotiations that they will have no benefit on farmland.

And without individual action by member states, biodiversity would continue to decline across the continent, it says.

Published in the journal Science, conservationists say rules covering to so-called “greening” of the CAP, which includes maintaining grassland, creating ecological focus areas and growing at least three crops on any farm bigger than 30ha, were so vague they were almost useless.

They say disagreements over the greening measures had resulted in so many exemptions being put in place that about 90% of European farmers could be exempt from having to implement two of the three requirements.

Almost half (48%) would be exempt from incorporating EFAs, 81% of arable farmers are exempt from the crop diversification rule and the measure implemented to protect natural grassland would allow a further 5% loss of grassland by 2020, the report added.

At the same time, budgets to support voluntary greening measures have been reduced, further putting wildlife and biodiversity at risk.

The report says member states must now use their flexibility at national levels to find ways to sustain wildlife.

Unless member states take serious steps beyond those required by the CAP, the EU’s own biodiversity measures are very unlikely to be met.

“The weak environmental reforms in the CAP put the fate of Europe’s declining biodiversity at the hands of individual member states,” said Guy Pe’er, one of the lead authors who collaborated with experts from across Europe, including the Universities of Cambridge and Kent and Writtle College in the UK.

“The EU should encourage member states to make responsible decisions, rather than pretend that the reform allows the EU to meet its important ecological targets.”

These include maximising budgets for agri-environment schemes and a clear definition of what crops qualify as EFAs (see below).

They also lists recommendations for the EU to consider when it begins its next revision of the CAP, including a reduction of exemptions and developing longer-term measures to protect grassland.

4. Identify and map grasslands, with differentiation into types, qualities, and required management

5. Give sufficient funding to deliver ecological expertise to farmers

6. Monitor biodiversity to evaluate the effectiveness of agricultural policy