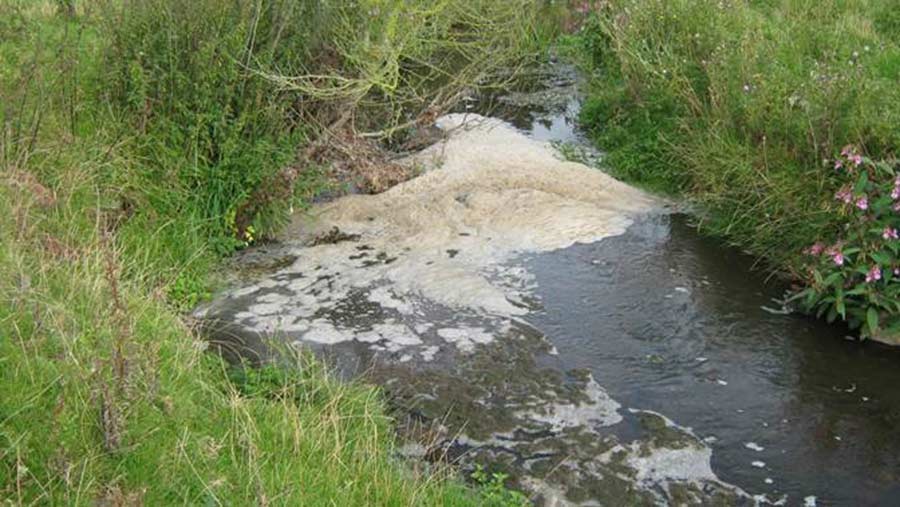 A Staffordshire dairy farm has been ordered to pay more than £14,000 after thousands of fish were killed when slurry leaked into a brook.

In the first incident in September 2015, effluent discharged into Gayton Brook, in Milwich, for several days, turning the water green-brown with a white foam and producing a foul smell.

Investigators discovered that farm slurry had escaped from a gap in the storage pit. About 3,000 fish were killed in this incident.

In the second incident on 30 June 2016, effluent spilled into Wheatlow Brook and turned the water “brown and frothy”.

The court heard that Hall Farm is within a Nitrate Vulnerable Zone (NVZ) and the farm must comply with strict slurry storage capacity.

Environment Agency officers advised the company that there was insufficient storage capacity and that they were in breach of the Nitrate Pollution Prevention Regulations 2010.

In mitigation, the court heard that the business had been operating for 30 years without incident. It had also co-operated with the Environment Agency and pleaded guilty at the first available opportunity.

In addition, B&M Elkin & Sons voluntarily paid £1,000 to the local wildlife trust and had spent over £20,000 in improvements and remediation at their site.

In a statement, the Environment Agency said both incidents were “entirely preventable” but “led to pollution of farmland and watercourses in the area, resulting in the death of thousands of fish”.