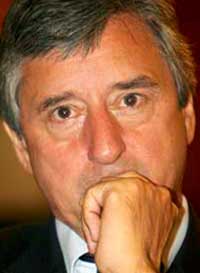 The government could introduce a labelling system that will show the health and environmental credentials of food.

Information displayed on packaging could include – the number of miles the food has travelled from the farm, what chemicals and pollutants have been used during production and the level of animal welfare involved. A traffic light symbol will also show how healthy the food is, if the proposals are adopted.

The move is part of a range of measures being considered by the government in response to the Food Matters report by a cross-party group of MPs.

Junior DEFRA secretary Jim Fitzpatrick said the labelling had to be simple enough for the consumer and should not create extra packaging or “cost the producer an arm and a leg”.

But retailers have already voiced concerns about the plans claiming consumers may become overwhelmed by information on packaging and warning that a simple labelling system showing environmental credentials could be unworkable.

Richard Dodd, of the British Retail Consortium told The Times newspaper: “Labelling isn’t a magic bullet for these sorts of objectives. There is already a mass of information on products and a lot of competing demands for more. There is a danger of actually confusing people rather than helping them make choices.”

NFU president Peter Kendall added: “We look forward to contributing to the development of indicators for a sustainable food system, but these indicators must focus on the sustainability of imported food, not just that which is domestically produced.

“It would make no sense to insist our production was sustainable, but increasingly rely on imports that are not.”