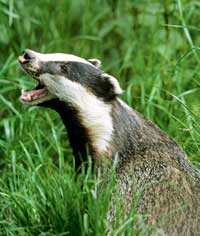 Farmers battling bovine tuberculosis in cattle face a further wait in the quest for a badger cull to combat the disease.

A government decision on whether to sanction a badger cull is expected in February, prompting speculation that ministers would time an announcement to coincide with the NFU annual conference, held on 15 February in Birmingham.

But Farmers Weekly understands no announcement will be made at the event. A DEFRA spokeswoman said it was important to ensure that the correct decision was made, rather than coming to a conclusion quickly.

Meanwhile Welsh farmers are also being kept waiting. An announcement is expected soon on whether a trial cull of badgers will go ahead in west Wales.

It is seven weeks since the Welsh Assembly Government closed its consultation on the proposed legislation. The assembly government will not commit to a date when it will announce its decision but it is widely predicted to be in the coming weeks.