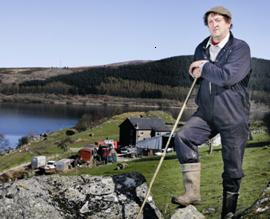 Compensation paid to British farmers still affected by the Chernobyl nuclear power plant explosion is set to be reviewed for the first time since the disaster happened 25 years ago.

DEFRA said it was working with the Welsh Assembly to look at whether 338 farmers still under restriction because of radioactive contamination were paid enough to carry out checks and movement restrictions.

Farmers currently receive £1.30 for every sheep they monitor to check that meat contaminated with radioactive caesium-137 from the explosion did not go for slaughter.

The figure has not changed since the disaster first happened in April 1986.

About 10,000 farmers in parts of Northern Ireland, North Wales, Cumbria and South West Scotland were initially placed under restriction in when a reactor exploded at the Chernobyl power plant in Ukraine.

The explosion caused clouds of radioactive particles to drift over Europe before they collided with a wet front and brought polluted rain down over parts of the UKÕs highlands.

The radioactivity seeped into soils and rivers, finding its way into crops and livestock and prompting years of government tests to ensure polluted produce did not enter the food chain.

Restrictions have been lifted from the majority of farms, but 330 farmers in Wales and eight in Cumbria are still unable to sell livestock without testing sheep for radiation and keeping them monitored.

Sheep deemed to have too much radiation in them cannot be moved or sold without being isolated and re-tested.

Aeron Jones, who farms 1000 sheep at Arenig near Bala, north Wales, said the £1.30 he was paid to monitor sheep did not cover the amount of work the restricitons created,

“I can’t sell anything without having a vet coming to test my sheep for radiation,” he said.

“I can’t react to changes in the market the way other farmers can so it’s had an impact on my business.

“When you think of the inflation over the past 25 years, to still pay us the original amount just doesn’t make sense.

“The number of farms that DEFRA has to monitor has dropped dramatically so you think it would be able to afford to pay us more.”

But a DEFRA spokesman said all aspects of the remaining sheep controls in England and Wales were currently under review.

As part of this DEFRA is working with the Welsh Assembly to look at whether payments to farmers in affected areas are set at an appropriate level,” he added.