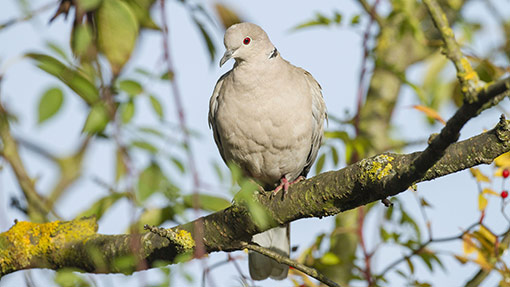 The RSPB has urged Defra to “make every pound count” in the new wildlife-friendly farm scheme after a survey showed farmland bird numbers continue to fall.

Defra’s Farmland Bird Indicator, published on Friday (24 October), showed in 2013, the breeding farmland bird index in the UK was less than half of its 1970 level – a decline of 55%.

The RSPB said the New Environmental Land Management Scheme (NELMS), which Defra plans to introduce soon, would be key to reversing the decline in farmland birds.

Martin Harper, RSPB conservation director, said: “Defra has proposed a new scheme for the next six years that could help to address these declines.

“The key now is following through on these proposals to ensure the right actions are targeted to save these precious species. Only then will the pubic get value for money in the form of a countryside richer in nature.”

Farmland birds such as the turtle dove (pictured) and grey partridge have fallen to their lowest levels since records began, according to official figures.

The annual index tracks the fortunes of 19 bird species that are dependent on farmland.

Although partly driven by exceptionally bad weather in 2012, the underlying steady decline of farmland birds has continued, with a 10% decline in the past five years.

Turtle doves have declined the most – down 96% since 1970. Skylark numbers have also fallen 62% and lapwings are down by 50% over the same period.

But the report highlights that some farmland birds have increased in numbers. The stock dove and goldfinch have nearly doubled since 1970.

Much of the decline in farmland birds is blamed on the rapid change in farmland management between the late 1970s and early 1990s.

The report cites the loss of mixed farming systems, the move from spring to autumn sowing of arable crops, and increased pesticide use as reasons for a decline in farmland birds.

But despite the overall decline in farmland birds, the NFU said the report showed “encouraging signs” for many bird species, including stock dove, goldfinch, jackdaw, tree sparrow and linnet, which had all shown recent increases in numbers.

NFU countryside adviser Claire Robinson said: “Figures from the Game and Wildlife Conservation Trust Big Farmland Bird Count in 2014 demonstrated there were 116 different bird species on farm. It would be wrong to highlight one specific industry or one specific practice to be solely responsible for bird numbers.”

She pointed out that during the past 10 years, farmers had been working hard to protect the environment and countryside.

“Many now commit land and time to wildlife management within the industry’s Campaign for the Farmed Environment and through environmental stewardship.”

Defra said it was committed to reversing the decline in farmland birds. A spokesman said: “We are proud of the diverse range of birds in the UK and we want to help them thrive.

“That is why we have incentive schemes for farmers to protect habitats that benefit a range of farmland birds, with cirl bunting and

chough populations starting to recover. “Next year we are introducing a new incentive scheme for farmers designed to be even more targeted and effective.”