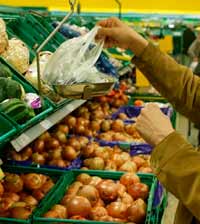 Claims that food production needs to doubled by 2050 are based on flawed data, a report by the Soil Association says.

The figure, quoted by the UN, UK government and farming organisations, has become the basis for food policy to feed a world population expected to reach 9bn,

But according to the organic certification body, the report where the statistic was originally taken from actually says food production needs to increase by 70%, not 100%.

The Soil Association report, “The big fat lie about doubling food production”, traced the original claim to a report published by the UN’s Food and Agriculture Organisation in 2006.

But the closest the report comes to mentioning any doubling is projecting meat consumption in developing countries, except China, says the Soil Association.

The scientific paper that the ‘50% by 2030 claim’ is based on appears to have been withdrawn by the authors, it adds.

According to the Soil Association, the inflated claim has led to the justification of intensive farming and the expansion of genetically-modified crop production.

Peter Melchett, Soil Association policy director, said claims food production needed to double had made it difficult for sustainable farming advocates to convince people the world can be fed without causing more damage to the environment.

“Many of those misusing the statistics in the FAO paper to argue for massive increases in food production in both UK and globally, appear to be unaware that they are in effect condemning many in developing countries to ill-health and early deaths,” he said.

“They assume the spread of our unhealthy, Western diet to developing countries.

“In addition, these projections assume an increase of over a billion cattle, which would lead to massive increases in emissions of global warming gases.”

Mr Melchett said the “dodgy figures” had continued to be used, even though MPs on the Environment, Food and Rural Affairs Select Committee said last year that the figures were “projections rather than targets”.

Independent sources in the report say that with fairer diets and better distribution of food, organic farming could feed the world in 2050, with healthy diets, he added,