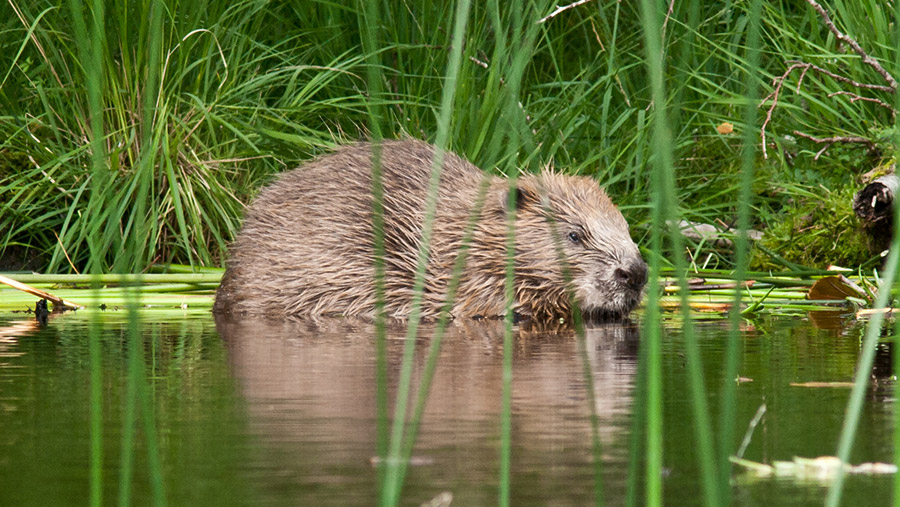 Beavers are to be given legal protection from being harmed without a licence in England, the government has announced.

From October, schedule 2 of the Conservation of Habitats and Species Regulations will make it illegal to capture, kill, injure or disturb a beaver without a licence. It will also be illegal to damage habitats where the animals breed or rest.

The Wildlife Trusts welcomed the protections for “nature’s engineers”, calling for sensible management guidance and incentives for landowners to make space for beavers on their land.

But the NFU said a clear management plan was needed from government to protect agricultural land from damage caused by beaver activity before the legislation is introduced.

In particular, the union is concerned that beavers can block land drains, causing the wetting up of productive land and leading to losses in productivity. They can also impact on maintenance of riverbanks, increasing the flood risk.

NFU president Minette Batters said: “It is unacceptable that the government has pushed through this legislation at the last minute before summer recess with absolutely no detail and vague platitudes that there will be a management plan published in ‘due course’.

“With the impact beavers can have on agricultural land, a clear management plan following consultation with farmers was the least the government should have created before introducing this legislation.

“It is imperative that Defra now brings plans forward to manage beavers and their potential impact as soon as possible.”

Beavers were hunted to extinction in the wild in the UK more than 400 years ago for their fur, meat and scent glands, but the first beavers were released back into the wild in Scotland in 2009.

The Scottish government introduced legal protections for beavers in May 2019 and the population is believed to have since increased to 1,000, according to NatureScot.

Trials in England and Wales have been assessing the impact of the Eurasian beaver (Castor fiber) on the environment.

A five-year trial on the release of beavers into the River Otter, in south-east Devon, by the Devon Wildlife Trust, concluded that beavers had brought “a wealth of benefits to the local area and ecology”. Studies have shown beavers build dams, which slow river flows and can protect land from flooding.

Defra and Natural England (NE) are responsible for any further introductions of beavers in England and the management of the species in the wild.

NE is developing guidance on the management of beavers, setting out which actions will or will not require a licence, and where landowners can go for advice.

Craig Bennett, chief executive of the Wildlife Trusts, said: “We’re delighted to see the government give beavers the vital protections they deserve.

“It is important that guidance is now developed quickly to bring farmers and landowners on board with reintroductions of these brilliant animals, providing reassurance and, crucially, incentives to make space for beavers on their land.”