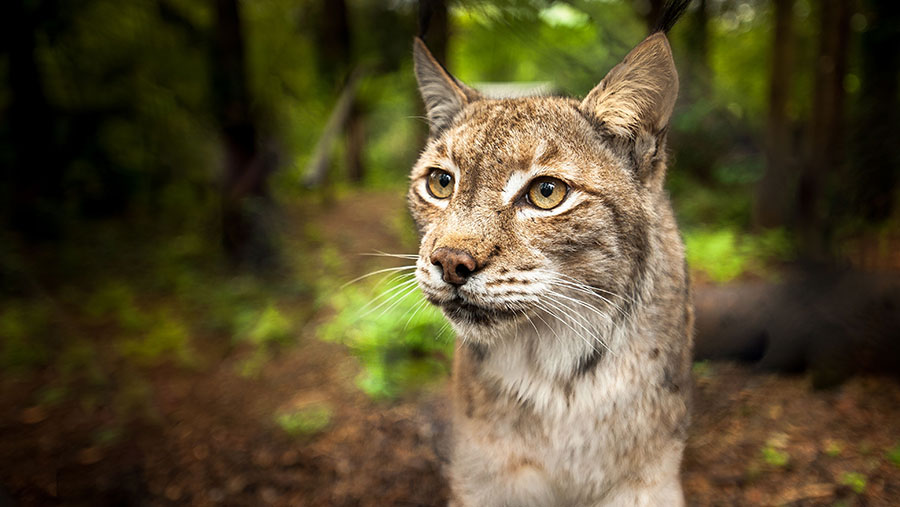 Farmers have branded Lynx Trust UK “deplorable” and “misleading” over claims they have support from landowners for releasing the wild animals in Northumberland.

The community in Kielder and the surrounding areas has come together to form a united group in order to refute this, supported by the National Sheep Association (NSA) and the NFU.

The group has released a statement challenging Lynx Trust UK and calling on Natural England, currently deciding on whether to issue a licence to reintroduce lynx into the wild, to “thoroughly test all claims” made in the licensing application.

Natural England should also run its own public consultation exercise before any decision is made, the farmers and landowners said.

If approved, the trust’s application would see six cats released into the wild as part of a five-year trial – which, depending on its success, could lead to a wider reintroduction of the lynx in other parts of the UK, such as the Scottish Highlands.

On 8 August, the trust said 100% of the landowners approached had given their go-ahead for the trial reintroduction of Eurasian lynx to Kielder Forest.

“In particular we are challenging the claims made about the public consultation run by the trust in our area and the claimed support,” the Kielder group said.

“We reject any suggestion that objections only concern potential sheep losses. We strongly object to the consequent abuse generated against our farmers by those who have no knowledge of our area and its communities.”

The statement stressed that local ecological restoration projects and agri-environment schemes have strong support and are greatly valued, and raised concerns about the welfare of any animals released in the “busy, industrial” Kielder Forest.

The launch of such a project should be questioned, said the group, considering Paul O’Donaghue, chief scientific adviser at the trust, said during a public meeting at Tarset in February 2017 that a lynx population in Kielder could never be truly wild because continuing human intervention would be needed to ensure the renewal of its gene pool.

No decision made yet

In response to the Kielder statement, a Defra spokesman said: “Any decision to grant a licence to reintroduce lynx into the wild in England would be based on the potential impacts on affected communities and the wider environment, and follow international guidelines.

“No decision has been made and ministers will decide whether to grant a licence after considering advice from Natural England.”

On behalf of the trust, Dr O’Donoghue said: “It’s heart-warming to see the NSA and NFU so concerned for the welfare of Eurasian lynx, though their understanding of the species biology and behaviour leaves a lot to be desired.”