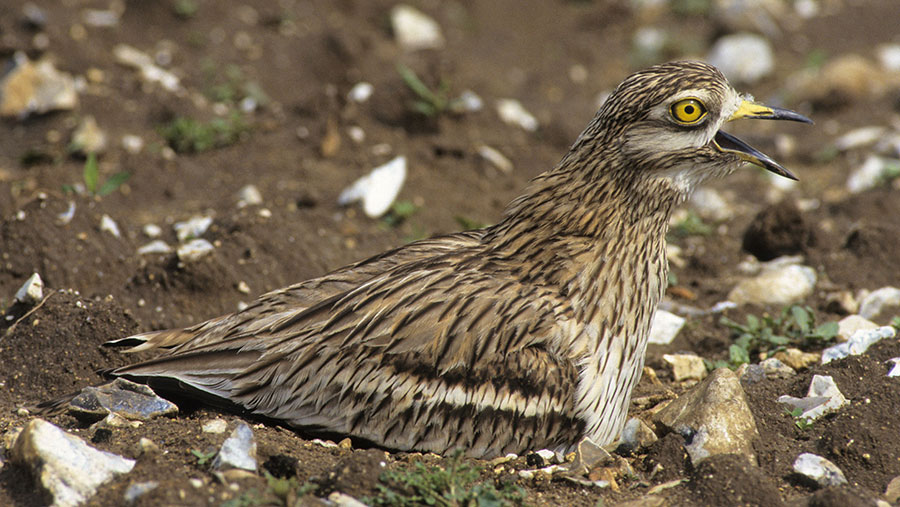 Farmers working in partnership with the RSPB and Natural England have been credited with helping to reverse the decline of one of the UK’s rarest bird species.

Stone-curlew numbers had crashed by 85% between the 1930s and the 1980s, with environmentalists blaming habitat loss and changes in farming practices.

In particular, the birds like to nest on open ground in areas of low vegetation, so they can look out for predators. But this leaves them vulnerable to farm machinery.

By 1991, the RSPB estimates there were just 168 breeding pairs remaining, concentrated in the Brecks of Norfolk, and on Salisbury plain.

Conservation efforts over the next 20 years involved hand-marking nests and even lifting chicks during farming operations. By 2009 the population had recovered to 350 breeding pairs.

But the conservation effort stepped up a gear in 2012, with £1.3m of EU-funding secured to pay for three advisers to help farmers and landowners create more nesting grounds.

Since then, almost 300 safe nesting plots have been created each year, together with 3,000ha of suitable habitat.

As well as advice on habitat management, participating farmers have also tapped into funding under the Countryside Stewardship scheme.

This is worth some £524/ha under the “Nesting plots for lapwing and stone curlew” option and is available on both arable land and temporary grassland, subject to strict terms and conditions.

Rachel Hosier who farms in Wiltshire is one farmer who has been involved in the project.

Thanks to the introduction of funding schemes and a better understanding of the birds’ needs, she has seen a steady growth in the stone-curlew population.

“It’s a real wow factor seeing a group of 50 stone-curlews, and I am proud that we have been able to play our part in the success of the species,” she said.

The RSPB is optimistic the UK stone-curlew population will become sustainable within the next five years.