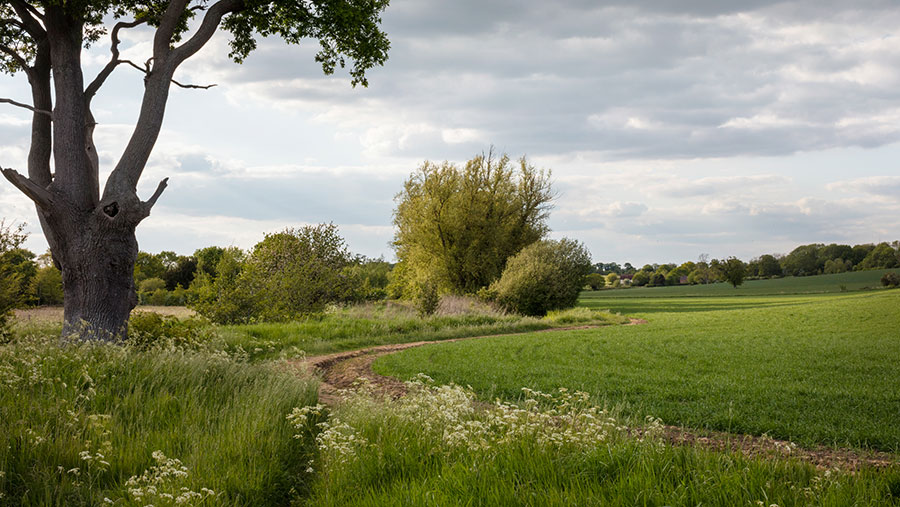 A farmer-led rewilding movement is encouraging landowners large and small in East Anglia to set aside an extra 1% of their land to nature recovery ahead of this autumn’s Cop26 climate summit.

In so doing, the WildEast movement says Anglian farmers would be taking ownership of the green recovery, rather than waiting to find out what Defra tells them to do next.

See also: 8 steps to get started with regen grassland management

They hope that by committing 1% of land to nature and carbon sequestration this autumn, farmers will gradually devote further land each year to help the trust reach its long-term target to return 20% of East Anglia (roughly 250,000ha) to nature by 2050.

Mr Somerleyton told Farmers Weekly that a 1% contribution ahead of the crucial climate summit in Glasgow this November would send a “powerful message to government and consumers” that farmers are serious about moving towards net zero.

“I feel it’s time for farmers and landowners to show leadership. We have all been grant junkies for years, which has helped to keep food cheap. But it does stultify leadership,” he said.

“In the run-up to Cop26 and the new ELM [Environmental Land Management] scheme, we feel it’s time for farmers to unite and recognise our debt to nature and the urgency of climate change.”

Mr Somerleyton, owner of the 2,000ha Somerleyton Estate, in north Suffolk, has pledged to return 20% of the land to nature, rewilding lakes, heathland and meadows.

In the meantime, he has been setting aside an additional 0.5% of arable land and will be looking for an extra 0.5% after harvest and into the next drilling season.

Hedges will be allowed to grow out further and awkward corners and less productive parts of fields will be left unfarmed.

Mr Birkbeck, a former soldier and journalist, now manages the 1,011ha Little Massingham Estate, in Norfolk, where he is putting restorative farming practices into place alongside the restoration of 202ha of heathland nature reserve.

He farms a mixed rotation of winter wheat, winter barley, oilseed rape and beans. Sheep are used to terminate cover crops and save money on feed costs and improve soil health.

Mr Birkbeck has left field corners and margins to grow into shrub and hedges to billow out as part of his 1% green pledge.

“I’ve discovered that doing a little bit here and there makes the farm a damn sight nicer driving around,” said Mr Birkbeck.

“People like you a lot more, especially the twitchers. I’ve also found natural predation has improved. It has made a difference to infestations of flea beetle.”

More than 1,000 pledges of land have already been added to the WildEast online Map of Dreams, charting progress and including schools, industrial estates, railways stations, churchyards, farms and private gardens across East Anglia.

More information and to pledge part of your farm to WildEast