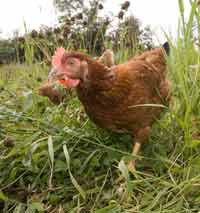 EU environment ministers have decided not to extend the scope of the Integrated Pollution Prevention and Control Directive to include hundreds of UK pig and poultry farmers.

Under the proposed changes rejected by the ministers at a meeting yesterday (25 June) in Luxembourg, a significant number of small family farm businesses would have faced onerous environmental rules.

The NFU estimates that it would have meant an estimated 230 additional poultry and 600 pig units having to comply with the directive.

NFU deputy president Meurig Raymond said: “I am delighted the EU Environment Ministers have listened to the NFU’s calls to halt the expansion of the IPPC Directive.

“They have recognised that agriculture is totally different to other businesses within IPPC. Most are small, family-run businesses with limited capacity to manage the very broad nature of IPPC and what’s needed to fulfil implementation and compliance.”

Throughout the negotiations the NFU has continually questioned the appropriateness of the controls for agriculture, which were originally intended for larger power stations and industrial plants, and the actual environmental benefits they would have provided.

“We worked closely with our European colleagues in COPA-COGECA and our government representatives in Brussels to raise our concerns across Europe. IPPC is by far the most comprehensive environmental regime we have seen and the effects of these changes could be very serious, adding significant costs and burdens, especially to smaller pig and poultry units,” said Mr Raymond.

The second stage of IPPC EU negotiations begins again later this year with a reading in Parliament to consider the EU Environment Ministers’ position. A final agreement is expected in 2010.