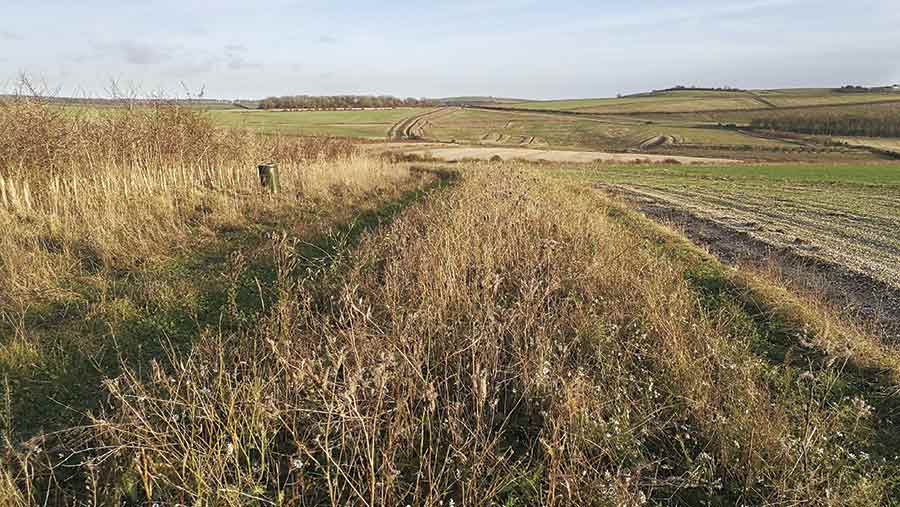 The Farmer Clusters concept, developed by the Game Wildlife and Conservation Trust (GWCT) and supported by Natural England, empowers farmers to decide how they think land should best be farmed to protect the environment and earn them a healthy return.

Under the guidance of a lead farmer, groups choose a conservation adviser, or “facilitator”, to devise their own targets and record progress to help wildlife on a landscape scale rather than single farms working in isolation.

This approach is gaining in popularity and 49 facilitated “cluster” groups, working with more than 1,000 land managers, have now been established across the UK since the GWCT piloted the scheme in 2013.

Watch the video and read about the way the scheme works below.

Farm subsidies under a post-Brexit government will likely be linked more closely to environmental responsibilities. A landscape-scale approach could be central to the government’s vision for conservation.

Peter Thompson, GWCT biodiversity adviser, says: “What’s so refreshing about Farmer Clusters is this is bottom-up – it’s farmers deciding for themselves where they need help and what species they want to target.

“They know the countryside, they farm it. For too long, farmers have been dictated to, whereas this is turning it on its head.

“They love it. The advisers love it. Great things are happening on the ground because they are doing this.”

The Norfolk Estate, a 2,800ha estate in Arundel, West Sussex, is considered by GWCT to be one of the best working examples of a Farmer Cluster group. 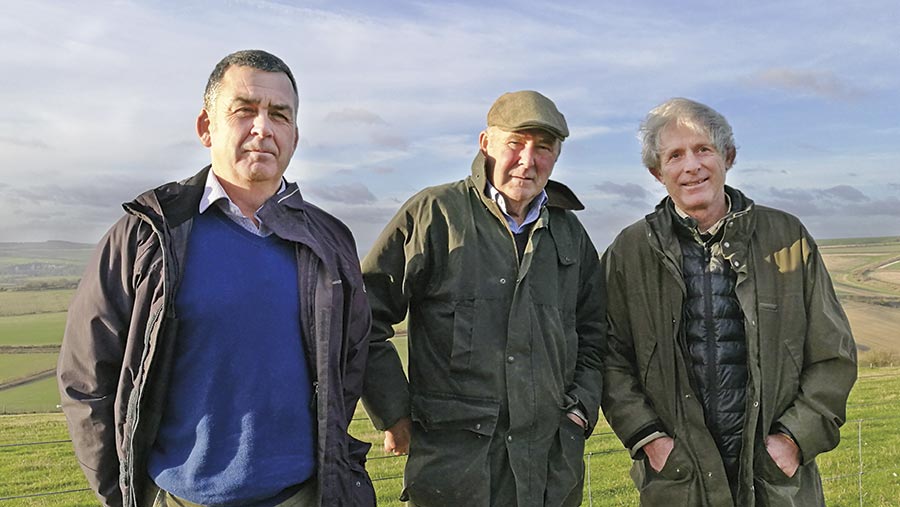 It was set up in early 2015 with the help of Mr Thompson to enable farmers to manage the downland they farm in a more joined-up and cohesive way.

The network, called the “Arun to Adur farmer group”, has about 9,500ha (22,500 acres) of contiguous land signed up to a five-year project, which aims to improve the local natural environment at a landscape scale.

Independent conservation adviser Colin Hedley was chosen as the group’s facilitator and under his guidance the group put in a successful bid to Natural England’s facilitation fund.

Fifteen months on, Mr Hedley said the project has only just selected key species to target, so it’s too early for any results.

“We are starting to share knowledge, research and monitoring, but it’s early days,” he added.

“The community engagement and sharing of ideas is building, which is really exciting.

“We can’t say where the funding will go in future years, but it feels like a long-term strategy, with hopefully long-term benefits.” 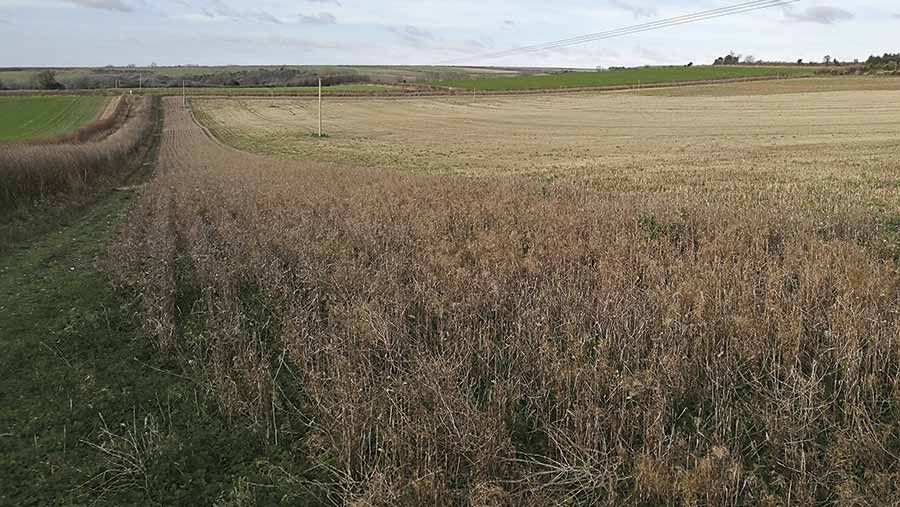 Wildlife has no boundaries. The aim is to put in place habitat to encourage the transition of wildlife from one area to another.

“We have got chalk grassland running through the land, so one of my jobs is to look at connectivity to try to ensure the buffering and linkage of chalk grass across the whole area,” said Mr Hedley.

Subsequently, hedges and margins have been established and field sizes have been broken down into a “patchwork quilt, mosaic-type of farming” to promote biodiversity.

Average field sizes have reduced from about 28ha (70 acres) to 12ha (30 acres), while the main crop area remains conventionally managed.

Rotational grazing of sheep is a crucial part of the system, said Mr Knight.

“Sheep are totally integrated within the HLS system,” he explains. “They use brassica crops in the winter with new leys during the grazing season through the spring/summer.

“We don’t just have one mob, they are split into smaller groups to help with the diverse rotation.”

Mr Hedley added: “The soil is a living thing. We are trying to improve that. A healthy soil is going to be better for farmland birds and farm biodiversity.” 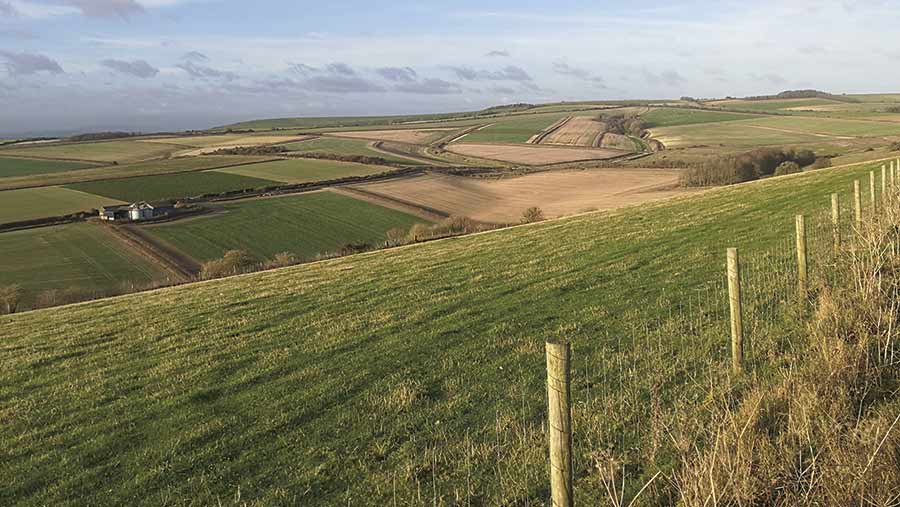 Grey partridge and skylark populations on the Norfolk Estate have responded best to agri-environment measures, such as hedging, seed mixes, unsprayed headlands and in-field beetle banks.

“If you don’t have enough food stations, the birds get territorial and don’t share the food,” says Mr Knight.

At Norfolk Estate, habitat, food source and effective legal predator control has seen grey partridge numbers return from the brink of extinction to about 350 pairs.

“Grey partridge are a barometer for all other ground-nesting farmland birds. Whatever you do for them all the other species will benefit,” said Mr Hedley.

Yellowhammer, skylark, linnets, corn bunting and lapwing all benefit, along with brown hares.

“All these species are coming back big time. Yet they are farming and still using pesticides,” said Mr Thompson.

Headlands are sown with wider drill spacing to leave more room for arable wild flowers to flourish to encourage greater numbers of wildflower and insects – staple food for farmland birds.

“We farm environmentally around the field edges, but you still have got to farm to pay the rent. That’s commercial farming,” said Mr Knight.

The project is still “on a learning curve”, but by working with the best people, the project can build on the success of agri-environment schemes available.

“The key in life is to surround yourself by the best people,” added Mr Knight.

“Farmers within the group receive advice from Natural England, South Downs National Park, the local RSPB and the GWCT. Bringing all these people together can give us good, practical advice.”

The project will seek to develop research to protect the rivers – the Adur and the Arun – from diffuse pollution with buffer strips and wet grassland.

In the future, project leaders hope to develop opportunities for farmers to work directly with water companies to research techniques to improve water quality.

“There isn’t a lot of water here on the downs, but the water coming out of the springs does have high nitrate content,” said Mr Thompson.

“The water companies could potentially see us as a ready-made, big area of the downs already covered by this group, rather than having to go and contact individual farmers.

“We realise that there are issues, but this is a group which is putting it right.” 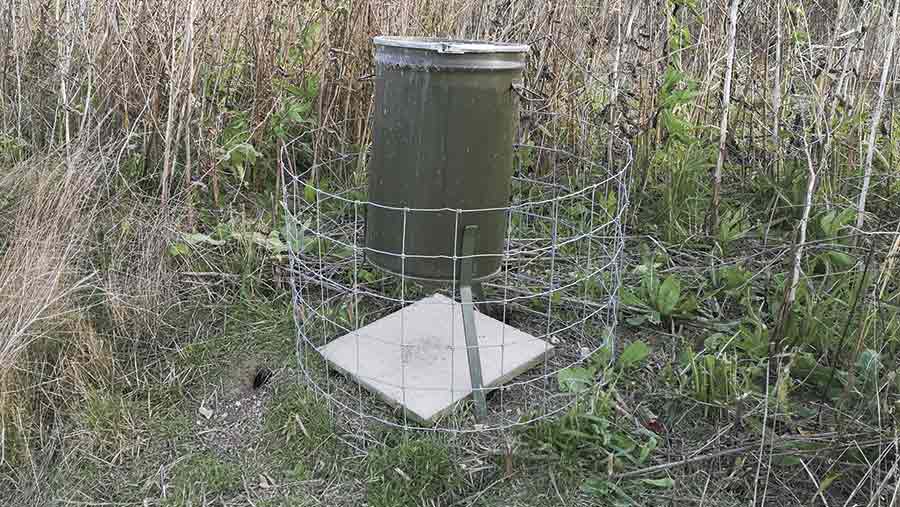 The Countryside Stewardship facilitation fund supports people and organisations that bring farmers, foresters, and other land managers together to improve the local natural environment at a landscape scale.

Known as Farmer Clusters, this landscape-scale approach can cover land under existing agri-environment and forestry/woodland agreements, common land and land not covered by a scheme.

It builds on the principles of partnership working to deliver environmental benefits, as demonstrated by various initiatives, including farm clusters and the farmer-led Nature Improvement Area (NIA).

Now in its second year, the facilitation fund is another positive way farmers and land managers can achieve greater environmental outcomes under Countryside Stewardship.

The schemes are being established across the country. This year, 30 new schemes were given the go-ahead.

Funding is allocated in a competitive process. The next round of funding will be announced in 2017. More information is on the gov.uk website.

A group of farmers and advisers have formed a cluster group to protect the fragile wetland habitats surrounding the Wensum river.

The group of 16 farmers is working with the Salmon & Trout Conservation UK and Farming and Wildlife Advisory Group (Norfolk) on a landscape scale, rather than on individual farms. The project is supported by the Natural England facilitation fund.

A census carried out by the Salmon & Trout Conservation UK found the Wensum’s fly life is suffering as a result of phosphorous and sediment pollution, mostly as a result of run-off from agricultural activities.

River flies and other invertebrates are excellent indicators of the ecological condition of our rivers because different species of invertebrates demonstrate different tolerances to the various forms of stress from pollution.

Measures to counter some of the negative impacts from farming activities along the river catchment include growing buffer strips, ploughing across fields, tramline disruption, planting cover crops and growing nitrogen-fixing legumes.